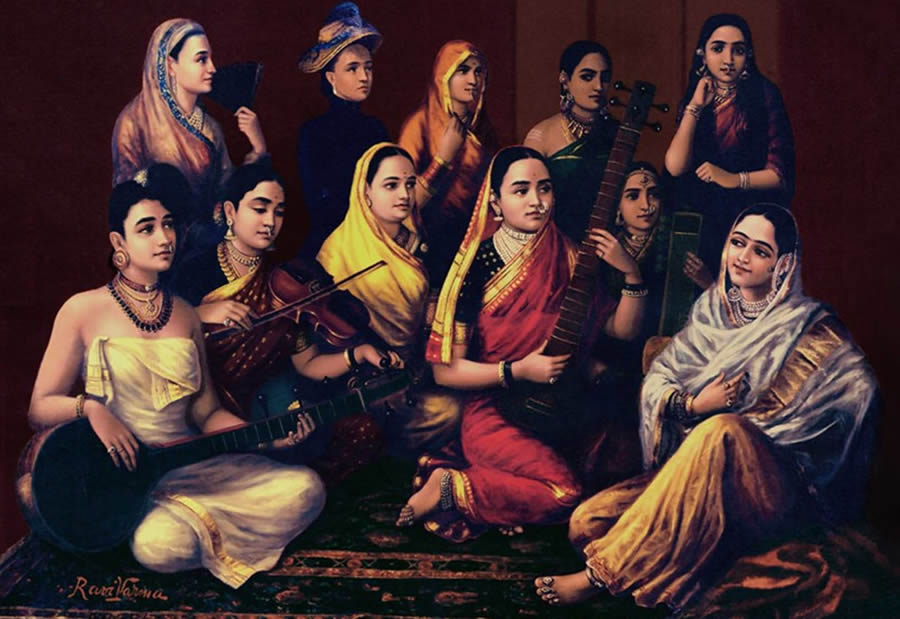 The “Galaxy of Musicians” (oil on canvas) originally was created by the legendary Indian painter Raja Ravi Varma in 1889 for the Maharaja of Mysore Chamarajendra Wadiyar X and since then it is preserved at the Jaganmohan Palace in the city of Mysore, India.

The painting shows a group of Indian women from different social and religious backgrounds playing traditional Indian and Western musical instruments. The painter highlights the dresses and ornaments of the women of his time and how music unites them all together as a group in a galaxy of customs and melodies that characterize Indian culture. 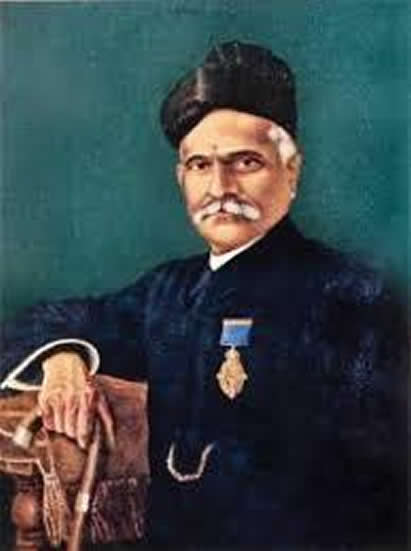 Raja Ravi Varma (April 29, 1848 – October 2, 1906) is one of the greatest painters in the history of Indian art. A celebrated painter and artist from the princely state of Travancore (presently in Kerala), who became the most influential Indian painter and a public figure. 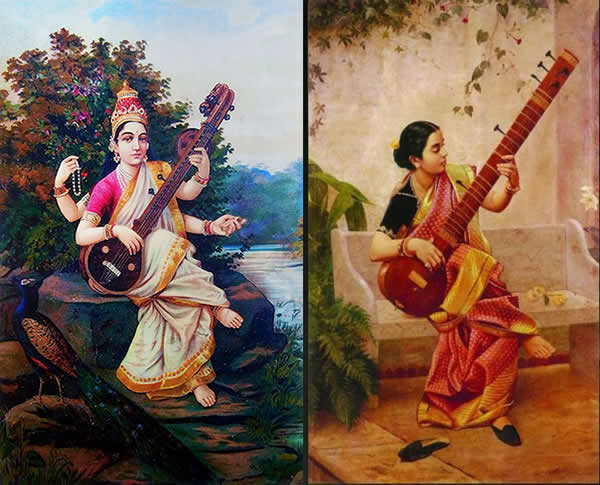 In his lithographs, he depicted for the first time the Indian gods and goddesses, the figures of which continue even today to be objects of worship in the temples and houses of millions of Hindu devotees in India and abroad. 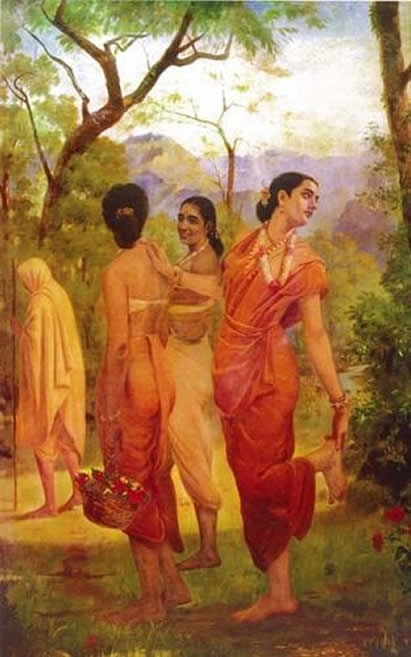 Shakuntala looking back to glimpse Dushyanta

In his paintings, Ravi Varma depicted scenes from the great Indian epics of Mahabharata and Ramayana as well as portraits and scenes from the Indian life. His works are considered to be among the best examples of the fusion of Indian aesthetics with European art techniques.