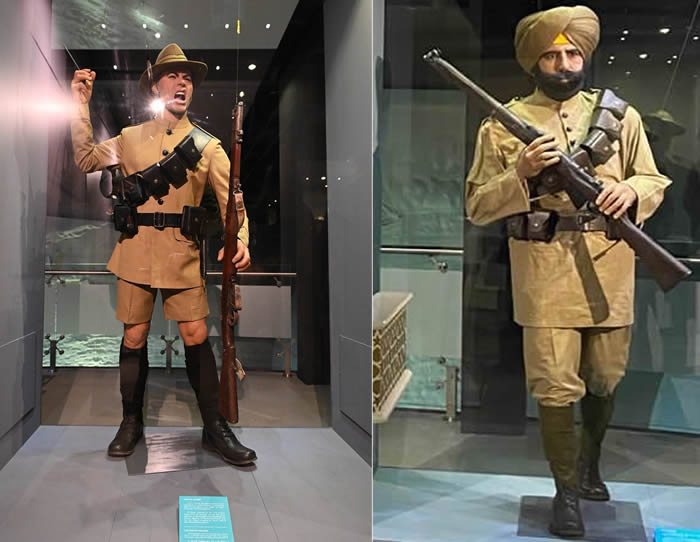 The Ambassador of India to Turkey Mr. Sanjay Panda and the Head of Çanakkale Wars and Gallipoli Historical Site Mr. İsmail Kaşdemir inaugurated today the life-size sculptures of a Sikh soldier and a Gorka soldier. The sculptures are on display at the Canakkale Epic Promotion Center, Kabatepe, Turkey.

This is a momentous occasion for the recognition of the sacrifice of the 15,000 Indian soldiers who took part in the war of the allied forces of 1915-16 against the Ottoman Empire in Çanakkale (Gallipoli).

Thousands oThousands of Indian soldiers fought in World War I alongside British and Greek forces, and hundreds of them sacrificed their lives in Greece and Turkey. The bodies of the Indian soldiers who lost their lives during these war campaigns are buried today mostly in the Commonwealth Cemeteries in Thessaloniki, Faliro and Lemnos Island in Greece.