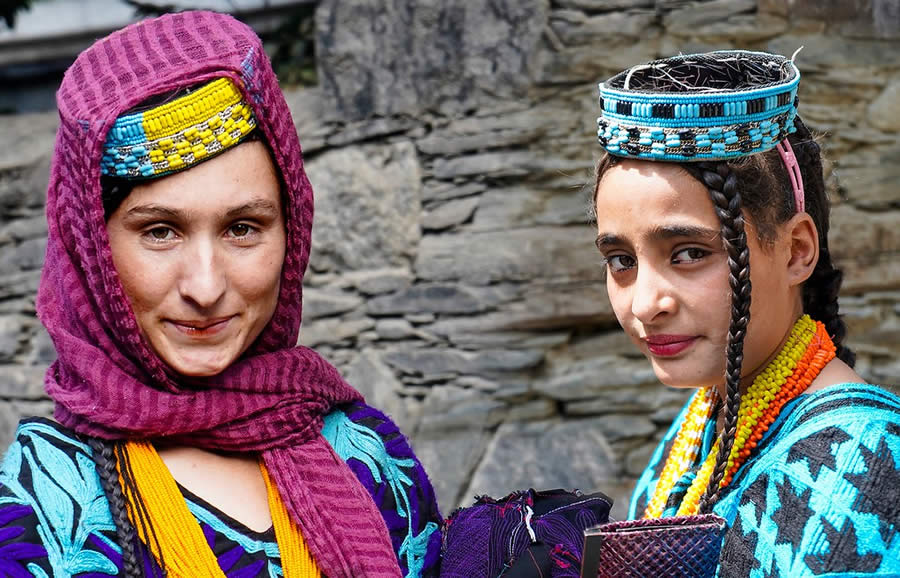 Travelling to North Pakistan, is an adventure in and of itself! It is a country blessed with abundant natural and historical riches. From breath-taking Himalayan mountain scenery, to rivers and forests, unique tribes, important archaeological sites, museums and very hospital people. Especially the north, Khyber Pakhtunkhwa, is a wild frontier. Only for visiting the Kalash tribe would have made this trip unique. To reach them you have to travel through the valleys of Swat (the country of Malala) and Chitral.

Peshawar, Taxila and Swat valleys have great samples of the Hellenic-Buddhist Art, Ghandara, that flourished from the 5th c. BC up to the 3rd c. AD. For our protection we were escorted by the police all the way. It was an unforgetable, beautiful experience.

Below are two separate links for the pictures

One for the trip HERE

The second for the archaeological sites and the museums HERE

The frontier city of Peshawar, near the Pakistan-Afghan border, sits in a large valley near the eastern end of the Khyber Pass and is one of the most culturally vibrant and lively cities in the greater region. Peshawar Museum has the largest collection of Gandharan art in the world.

The ancient ethnic group of Kalash (or Kalasha) people live high in the remote mountains of Pakistan’s Hindu Kush, in the valleys of Bumboret, Rumbur and Birir. For centuries this light-skinned, pagan people have claimed to be the long-lost descendants of Alexander the Great’s world-conquering armies. With a population of just over 3,500, the largest minority group in Pakistan, they are an oasis of color and warmth. To reach them you have to pass through the valleys of Swat and Chitral. They wear stunningly bright peasant costumes. After seeing the faceless burqas of the women of the Swat, the contrast between Muslim women and the Kalash woman could not have been greater.

A little bit of history for the region: In 327 BC, Alexander the Great, entered into India through Kyber Pass. Alexander’s empire was split apart after his death and divided among his generals. One of them, Seleucus, became the ruler of the Asian part and introduced the Seleucids dynasty. The establishment of Indo-Greek Kingdoms covered various parts of the northwest and northern Indian subcontinent during the last three centuries BC and was ruled by more than thirty Hellenistic Kings. The most famous Indo-Greek king was Menander, who reigned from 160-135 BC. He apparently converted to Buddhism and is presented in the Mahayana tradition as one of the great benefactors of the faith.

Sometime between the 2nd century BC and the 1st century AD, the first anthropomorphic representations of the Buddha were developed. These were absent from earlier Buddhist art, which preferred to represent the Buddha with symbols such as the stupa, the Bodhi tree, the empty seat, the wheel, or the footprints. But the innovative anthropomorphic Buddha image immediately reached a very high level of sculptural sophistication, naturally inspired by the sculptural styles of Hellenistic Greece.