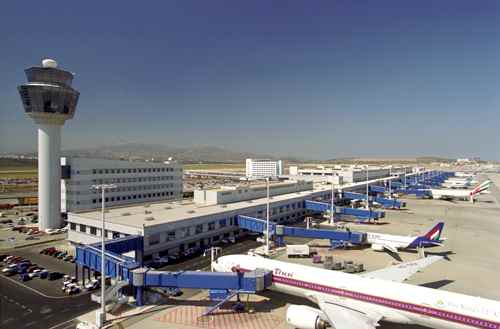 A long-standing demand of the Greek and Indian travelers seems to be moving towards its final implementation as the Indian Cabinet approves the signing of Air Services Agreement between India and Greece. Union Cabinet chaired by the Prime Minister Shri Narendra Modi has approved on February 22, 2017 the signing of Air Services Agreement (ASA) between India and Greece.

The Agreement has the potential to spur greater trade, investment, tourism and cultural exchange between the two countries bringing it in tune with the developments in the civil aviation sector. It will provide enabling environment for enhanced and seamless connectivity while providing commercial opportunities to the carriers of both the sides ensuring greater safety and security.

The essential features of the ASA are as follows:

i. Both countries shall be entitled to designate one or more airline.

ii. The designated airlines of either country shall have the right to establish offices in the territory of the other country for the promotion end sale of air services.

iii. The designated airlines of the two countries shall have fair and equal opportunity to operate the agreed services on specified routes.

iv. The designated Airline of each party can enter into cooperative marketing arrangements with the designated carriers of same party, other party and third country,

v. As per the Route Schedule, the Indian carriers can operate to Athens, Thessaloniki, HerakIion and any 3 points to be specified later in Greece from points in India, whereas the carriers of Hellenic Republic can establish direct operation to 6 metros viz. New Delhi, Mumbai, Bengaluru, Kolkata, Hyderabad and Chennai. Any points shall be available as intermediate and beyond point for the designated carriers of India as well as the designated carriers of Greece.

At present there is no ASA between India and Greece. The delegations of two sides met in New Delhi on 6-7th September, 2016 and finalized the text of ASA. The agreement is as per latest International Civil Aviation Organization (ICAO) template keeping in view the latest developments in civil aviation sector and with an objective to improve the air connectivity between the two countries.