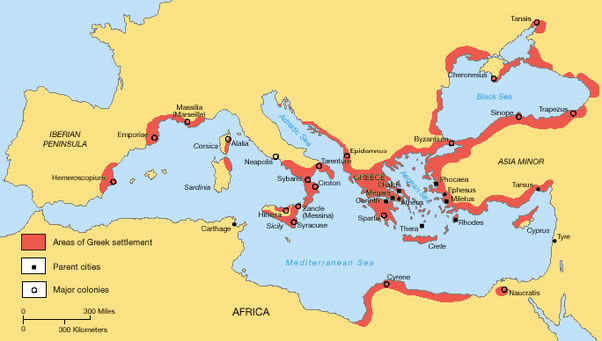 We wish to invite your kind attention to the fact that Indian Society for Greek and Roman Studies (ISGARS) in collaboration with Greek Chair, School of Language Literature and Culture Studies, Jawaharlal Nehru University, New Delhi and some other academic organizations shall organize Asian Conference on Greek Studies (22-25 November 2012) at JNU, New Delhi.

The discovery of classical Greek knowledge is recognized a significant factor for the birth of modern Renaissance and the end of medieval obscurantism in Europe. The west searches for its roots in Greece. It also traces there, the beginning of many disciplines developed in the modern world. Within two centuries and a half the centre of this achievement Athens is said to have given birth to Solon, Peisistratos, Themistocles, Aristeidis and Pericles among statesmen, to Aischylos, Sophocles, Euripides and Aristophanes among playwrights; to Thucydides, the most scientific among historians; to Demosthenes, the most impressive of orators; to Iktinos, the architect of Acropolis; to Phidias, the sculptor; to Phormio the most brilliant naval commander; to Socrates, Plato, Aristotle and countless others. The statement that the whole of European philosophy is nothing but a series of footnotes to Plato (Alfred North Whitehead,Process and Reality, 1929) has become a well popularized sentiment in the western world.

The spirit of adventurism and curiosity about the world which had motivated the seafaring Greek citizens of various polis states to develop an advanced civilization in the ancient world. From the very beginning of their history they were interacting with their contemporaries. The Greek immigrants in far off lands founded colonies where their presence proved to be of momentous consequences and immensurable significance to humanity. Hundreds of colonies were founded by many different Greek city states. South Italy and Sicily were so densely colonized that they became known as Magna Graecia. Other colonies sprang up in France, Spain and on the Libyan Coast.

Among the colonies founded by the Greeks it was the founding of Ionia in the central part of West Coast of Asian Minor, which became a turning point in Greek history and civilization. The Greeks had infact started making settlements in this part of Asia very gradually from the 11th century B.C. onward. As the Ionian Greeks had an opportunity to interact with well known civilizations then developed in the East, the Greek civilization took its form in Ionic not in the mainland. The Ionians challenged the myths and superstitions and developed reason and science. The origin of philosophy, natural science, history, geography and a major contribution to poetry and classical architecture are all associated in Greek civilization with Ionic. Ionian legacy to Hellenism is firmly established. The imposition to Persian control over Greek cities of Ionia had brought face to face confrontation in the city states of the Greeks with the empire of the Achaemenians. In the freedom enjoyed in the polis system, the Greek citizens had begun to distinguish themselves with their Persian counterpart, living as subjects under the despotic rule of their kings. The victory of the Greeks in Persian wars against Dareios and Xerxes develop the faith of the Greek citizens in their polis system against the empire of the barbarians. With Aeschylus’ Persians (performed in 472 B.C.) a consistent image of the barbarians begins to appear in art and literature of the Athenians. The Greek/barbarian polarity continued to be major element in Greek literature throughout antiquity.

The period that lies between Alexander’s death (323 B.C.) and the victory of Octavius (later Augusts) at Actium (31 B.C.), i.e., the Hellenistic Age was the time when Greek culture is said to have diffused most intensely in different parts of Asia, North Africa and Southern Italy. It was characterized as the period of ‘Hellenismus’ by a 19th century German scholar J.G. Droysen. He used ‘Hellinismus’ to refer to the process of fusion between Greek and not-Greek. The period saw the spread of Greek culture from the Mediterranean into Asia, as far as modern Afghanistan, and the Egypt, and its fusion with the native cultures. The process was fostered by the Graeco-Macedonian rules and supported by a mass of Greek population which had come as immigrants to seek their fortunes in the new kingdoms. The rise of Rome and ultimately the spread of Christianity could become possible only because of the ground prepared in the Hellenistic world.

In Droysen and post Droysen view of the ancient world there is arguable neglect of Egyptian and Asian cultures especially the Semitic contribution to Greek achievements. It created a strong superior image of Europe, with which Eastern civilization (especially the Muslim World) can be negatively contrasted. Greek-Barbarian dichotomy of classical Greeks came into fore to justify the concepts of ‘Europe’ and ‘Orient’ as polar opposite, particularly in the context of Europeon imperialism. The orient is thus presented as effeminate, decadent, corrupt, voluptuous, despotic and incapable of independent creative development.

The Pro-Droysen “Hellenization of the Orient” approach is now being scrutinized and radically reassessed. For example in the domain of art there are phases when Greek, Hellenistic or Byzantine are appear to adopt stylistic traits characteristics of the Near East. An extreme reaction of Pro-Droysen view appears in M. Bernal’s Black Athena (London 1987) He argues vehemently that Greece was colonized by black Africans and Phoenicians and owed its culture to them. Beginning in the 11th century B.C. the movements of Phoenicians had reached its climax in the 9th-8th century B.C., when Phoenician culture, art, religion and inscriptions left traces all over the Mediterranean.

The view that the centre of Greek achievements was Athens in Greece may equally be contrasted. The contribution of the Ionic cities of Asia Minor to Greek culture was in no way lesser to Periclean Athens. We cannot imagine the Parthenon without the stylistic influence of the 6th C.B.C. Ionian temples; Greek tragedy without Homer; Socrates and Plato without Anaximander, Herakleitos or Anaxagoras or possibly even Herodotus without the Ionian geographers and historians. Furthermore in studying the foundation of rational thought and scientific enquiry laid down in Ionia, the modern man has the unique opportunity to see the conceptual framework of his own world in the making.

In the aftermath of Alexander, it was Alexandria in Egypt, an international port, which had become the torch bearer of Hellenism. With its great Library and Museum, Alexandria was a city where Hellenism was in continuous dialogues with then known civilizations of ancient world. Antiochus in Syria and Pergamum in Asia Minor were other great centers Hellenism in the Hellenistic world.

The debate on the Hellenism versus East was going on even in ancient Greece. Herodotus had found the names of nearly all the gods in Greece, coming from Egypt. In their search of finding the roots of Greek culture, the deeper both Plato and Socrates went, the closer they came to Egypt. They believed that important changes were brought in the Hellenic culture by the barbarians. Criticizing the Greek-barbarian divide of the classic Greece, Eratosthenes, the well-known Hellenistic geographer of Alexandria said that it would be better to divide the human race by the criterion of virtue and wickedness than into Greeks and barbarians; for many Greeks are bad and many barbarians civilized. Among the civilized barbarians he cited first the Indians, followed by the Romans, Arianes (Persians), and Carthaginians.

Some Greek writers had begun to credit India instead of Egypt from where the Greeks derived their knowledge in philosophy. The credits given to non Greeks were not palatable to authors who had made a rigid distinction between Greeks and the barbarians. Thucydides had an aversion with the non-Greeks; he exalted the uniqueness of the Greek achievements including the destructive ones. Hellenism had thus no geographical boundary. The western world identifies itself with it and considers Greece as an integral part of western civilization. On the other hand there are others including Greeks, who find Greece as nearer to the original world.

The various non-Greek cultures with which Greece had been interacting, greatly contributed in making of Hellenism. The legacy of Hellenism continues to our own days. The image of Hellenism remains as potent as it was for Bruni, Byron and Delacroinc. For example it is the romance of Alexander’s achievements in which we may see the debate around the permissible use of the term ‘Macedonia’. Allied intervention in Greece in World War II relied more on Churchill’s sentimental vision of Greece’s place in civilization than on any cold, purely military assessment as the subsequent inglorious retreat to create and the North Africa underlined.

Is Hellenism a European phenomenon? Its contribution to Christianity and the making of modern Europe had greatly valued by the West. Those who speak clash of civilization should not forget the role of various Islamic cultures as carriers of Hellenic elements to west. In fact since its inception Hellenism has been conversing continuously with diverse civilizations of Asia and Africa including the religious developed there. Their contribution in the making of Hellenism has been discussed at great length in different writings. There had been along Asian traditions on Greek discourse, which have not been much discussed. The present congress intends to discuss call those elements which have been instrumental in developing Hellenism as a universal phenomenon. Some of the areas which may be taken up for discussions in this congress are as follows:-