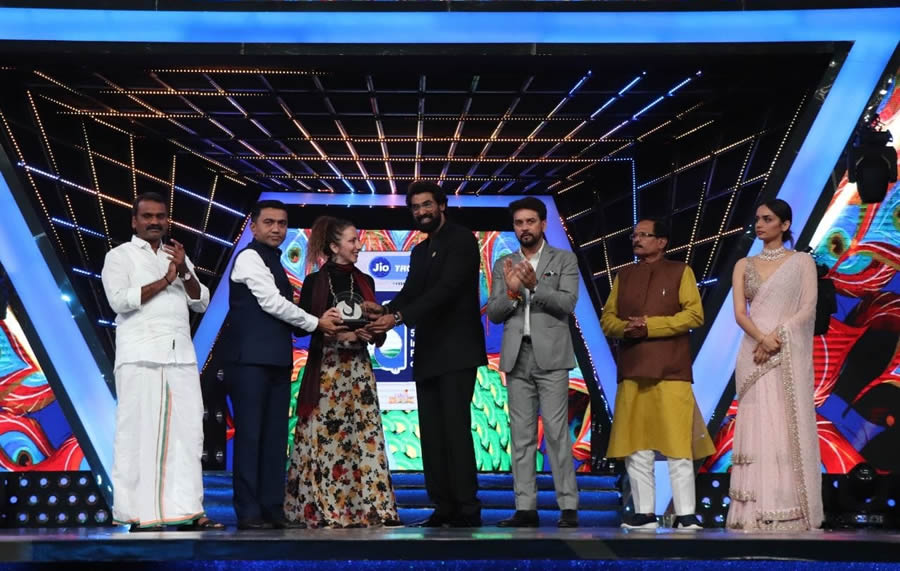 Greek Director and writer Asimina Proedrou received the Best Debut Director Award at the 53rd International Film Festival of India for her movie Behind the Haystacks.

The IFFI Award for Best Debut Director (officially known as the Silver Peacock for the Best Debut Film of a Director) is an honor presented annually at the International Film Festival of India since the 47th IFFI 2016 for the best debut film direction in World cinema.

#IFFI: Best Debut Feature Film of a Director awarded to Asimina Proedrou for the Film ‘Behind The Haystacks’.#IFFI53 #IFFI53Goa pic.twitter.com/O2m3Rc9e89

The 53rd IFFI took place from 20 to 28 November 2022 in Goa with the participation of films from 73 countries. The Feature Film Jury, comprising twelve members, was headed by acclaimed Director and Editor, Chairperson Shri Vinod Ganatra.

About the movie:
Stergios, is middle-aged fisherman and farmer living with his wife, Maria, and their daughter, Anastasia, in a lakeside Greek village on the border with North Macedonia. Stergios is afraid of going to jail for a fraud he had committed many years ago., He starts to traffic migrants across the border lake in order to repay the money he took. But soon Stergios finds himself trapped in a deadly game between the local mafia and his conscience, while his family starts falling apart.