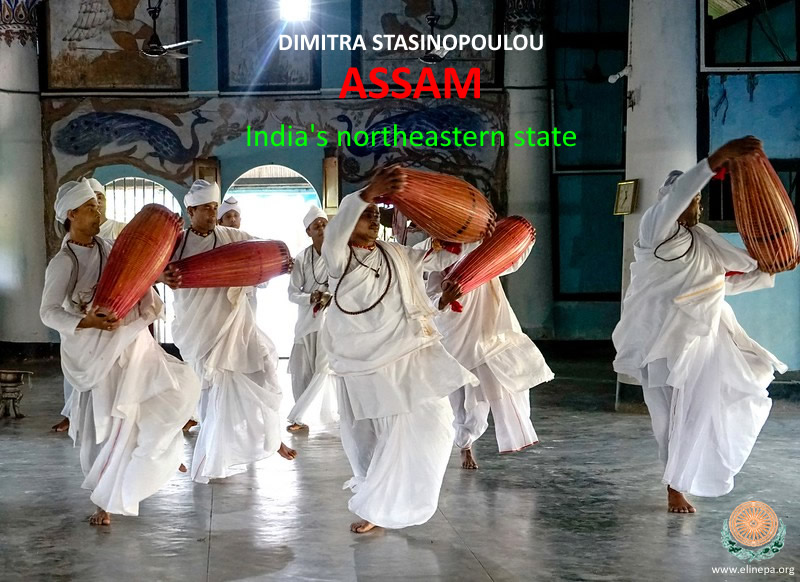 Dimitra Stasinopoulou’s photographic collection from the northeastern state of Assam in an e-book format. Assam, is the biggest of the Seven Sister States in the North Eastern part of India, that are connected to the rest of the country via the Siliguri Corridor, or the Chicken’s Neck, a 22-km strip of land in West Bengal. The landscape is a picturesque golden-green vista of jigsaw-like rice fields and tea estates. It is the largest tea producing State in the country, accounting to almost 50 percent of the total production. Assam is proudly sovereign about its identity. Despite numerous invasions, mostly by the Muslim rulers, no western power ruled this land until the arrival of the British.