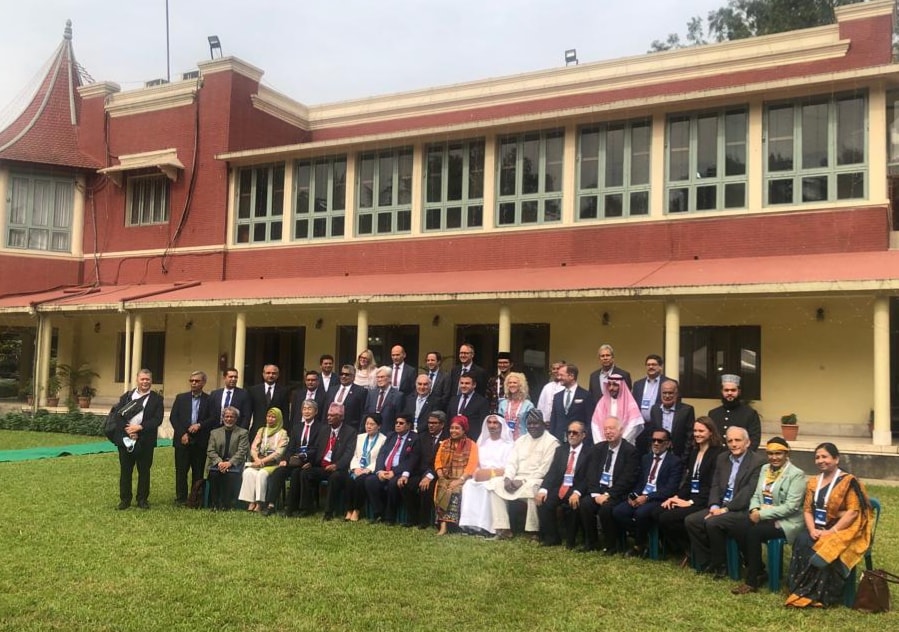 On the occasion of 50 years of Independence and  as part of the ongoing celebration of the birth centenary of Father of the Nation Bangabandhu Sheikh Mujibur Rahman, the Government of Bangladesh hosted a 2-day World Peace Conference on December 4 and 5 in Dhaka.

The Conference under the theme ‘Advancing Peace Through Social Inclusion’ was held with the objective to spread a peace message across the world and reaffirm the decision of the government of Bangladesh to become a model of peace, following the path shown by its founding Father.

“I believe that with the conference, it’ll be possible to spread Bangabandhu’s outstanding contributions to the establishment of global peace and the welfare of humanity massively across the globe,” said Prime Minister Sheikh Hasina announcing her decision to hold the World Peace Conference in Dhaka.

The panel discussions were hosted by Foreign Service Academy of Bangladesh and were live broadcasted on the facebook page of the Ministry of Foreign Affairs.

The Conference was attended by more than 100 delegates from 70 countries. Greece was represented by Indologist Professor and President of ELINEPA Dr. Dimitrios Vassiliadis, who gave a speech on the theme “Greece-Bangladesh in a Changing World” and the General Secretary and Executive Secretary of the World Peace Council Mr. Iraklis Tsavdaridis. From Cyprus participated Prof. Stelios Sophokli, President of the Cypriot Council for Peace, who condemned the continuing presence of Turkish occupation troops in Northern Cyprus.

Cover Photo:
The World Peace Conference panelists with HE A K Abdul Momen, Minister of Foreign Affairs, Bangladesh in front of the historic bungalow where Bangabandhu started his office.