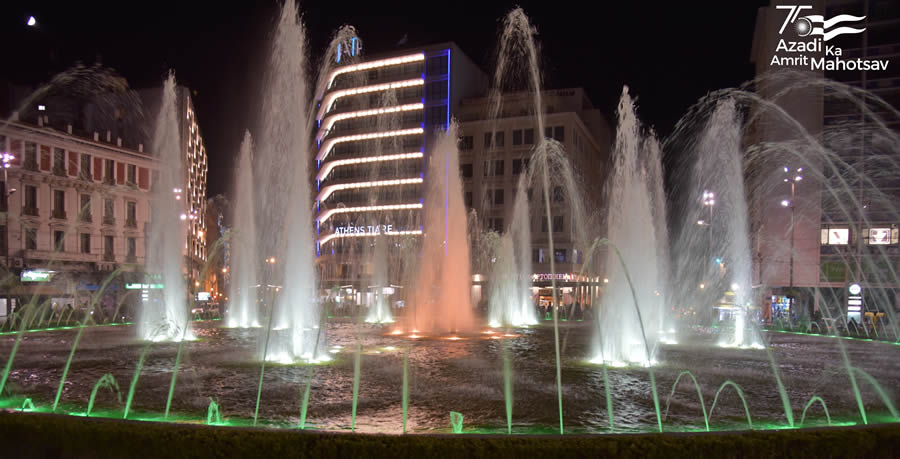 On August 15, 2021, India celebrated its 75th Independence Day marking another milestone in the history of the world’s largest democracy.

The celebration of India’s Independence Day in Athens began early in the morning with the flag-hosting at the Embassy’s courtyard by H.E. the Ambassador of India to Greece Mr. Amrit Lugun and the singing of the National Anthem by many Indian expatriates and friends of India who attended the event. The Ambassador afterwards read the message of the President of the Republic of India Shri Ram Nath Covind and offered flowers to the statue of Mahatma Gandhi together with the guests.

Later in the evening, the Ambassador held a reception at his residence, which was attended by  H.E. Mr. Themistoklis Demiris, Secretary General MFA, foreign diplomats, prominent Greek nationals and members of the Indian diaspora. ELINEPA and GiBA were represented by Board Member, Mr. James Mimikos.

Cover photo: The impressive fountain of Omonia Square in the heart of Athens was illuminated with the tricolor to mark the 75th Independence Day of India.

Photoes from the cultural program (@EmbIndiaAthens)