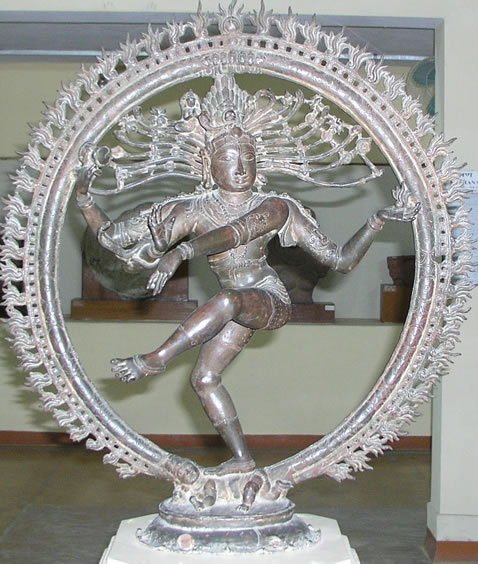 The origin of Kathak dance is traditionally attributed to Lord Shiva (Nataraja) and was originally part of the ritual ceremonies of the temples. The Sanskrit term Kathak comes from the word Katha meaning “story” and Kathakar is called “the one who tells a story” or “the narrator”. Kathak dancers express stories from the great epics and the Indian religious tradition through their body movements and facial expressions.

Kathak dance evolved during the Bhakti (devotion to God) movement, incorporating stories from the childhood and love affairs of the Hindu deity Krishna. During the Mughal period, Urdu Ghazals with Muslim cultural elements were added, making Kathak unique in containing Hindu and Muslim musical performances (gharana-s).

Watch a short documentary about the Kathak dance.