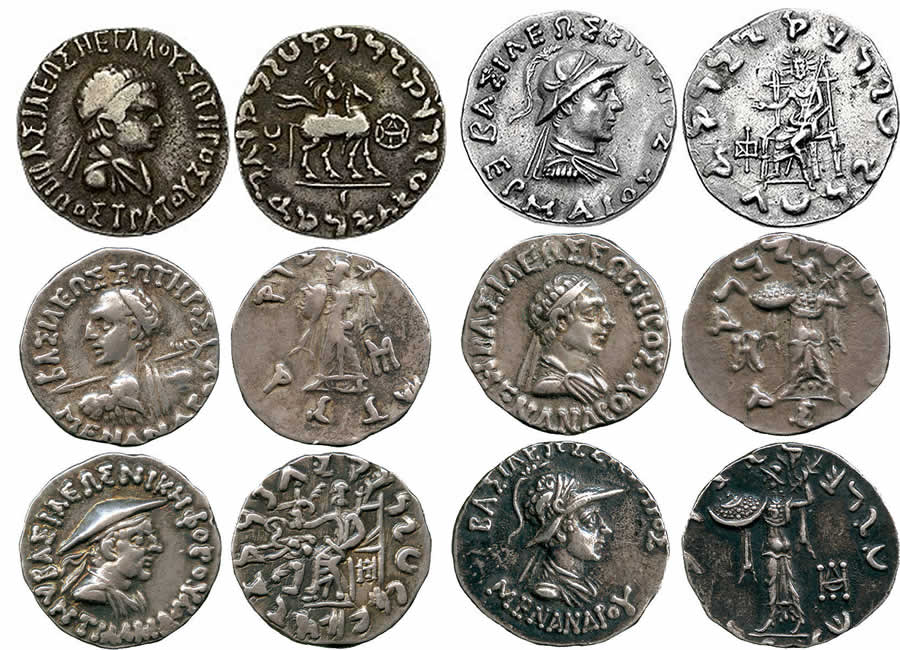 Coins with Indian inscriptions:
They are the mightiest monarchs,
of Eboukratintaza, of Strataga,
of Manantraza, of Eramaiaza.
This is how the wise book renders the Indian
inscriptions for us on one side of the coins.
But the book also shows us the other side which is,
moreover, the good side
with the figure of the king. And here,
how the Greek stops at once,
how he is moved as he reads in Greek
Hermaios, Ephkratides, Straton, Menander.

Konstantinos Kavafis (1863-1833) is one of the most important Greek poets and also one of the most significant representatives of European modernism. Of his 294 poems, around 101 are considered historical poems.

It is generally accepted that the poet, who spent most of his life in Alexandria, got to know and love historical coins during his frequent visits to the city’s Greco-Roman Museum, which was located close to his home.

The present poem is dedicated to the glorious Greek kings in Bactria and India, who ruled for almost three centuries after the death of Alexander the Great.