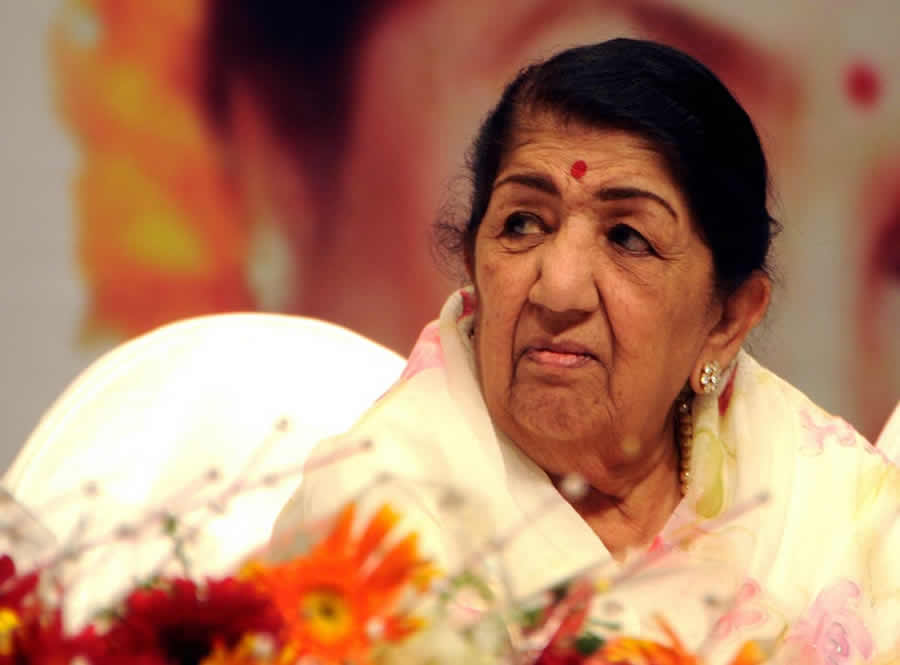 Legendary singer and Bharat Ratna Lata Mangeshkar passed away today at the age of 92 after prolonged hospitalization. She was admitted at Mumbai’s Breach Candy Hospital, in early January this year after she tested positive for COVID-19 . The government of India announced a two days national mourning, flag to fly at half mast and State Funeral.

The ELINEPA expresses its Heartfelt Condolences to her family and admirers worldwide. May her soul rest in peace. Om Shanti.

Lata Mangeshkar (1929-2022), the Nightingale of India,  was the most revered and well-known singer in the Indian Subcontinent and inspired generations of artistes for almost a century.

Lata belonged to a musical family. Her father was a well-known Marathi musician and theatre artiste. She was first tutored by her father and later appeared as a child artiste in several of his plays.

Lata Mangeshkar recorded her first Hindi song in 1943. Later, she went on to collaborate with some of the most popular names of the Hindi music industry, including Anil Biswas, Shankar Jaikishan, Naushad Ali and SD Burman among others.

She has lent her voice to songs in Hindi, Bengali, Marathi, and other regional languages. She has been honoured with the Dadasaheb Phalke Award, Bharat Ratna, Padma Vibhushan and Padma Bhushan as well as several National and Filmfare Awards.

Listen to her unparalleled voice