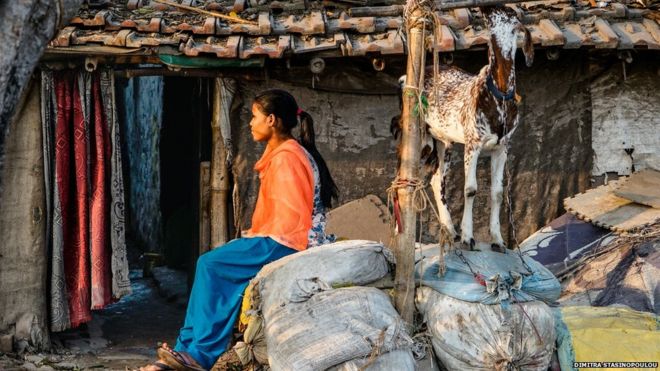 Congratulations to the Greek world traveler and photographer, Dimitra Stasinopoulou, who won the second position in ΒΒC: Pictures Competition about  India. The wining picture is from her tour to Kolkata in December 2016.  Slums, such as this one in Kolkata, are the entry points of the poor into cities. Millions have migrated from the countryside in the search for work. See the BBC page with the wining photos HERE