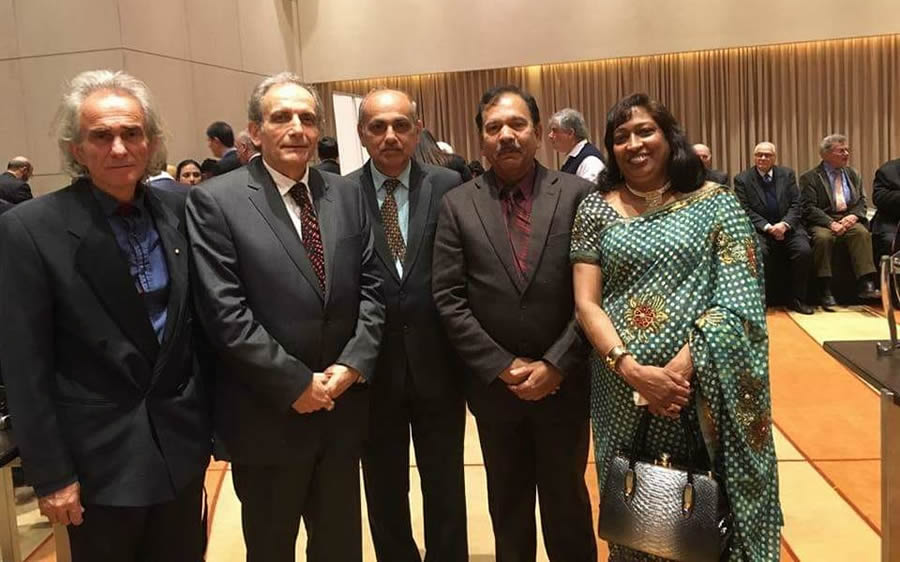 The chairman and the BoD of the ELINEPA and GIBA would like to congratulate our good friend and former first secretary of the Embassy of India  to Greece Shri Ram Karan Verma for his appointment as the next Ambassador of India to the Democratic Republic of Congo.

Shri Ram Karan Verma (YOA : 2007) is presently Director in the Ministry of External Affairs New Delhi and is expected to take up his new assignment shortly announced the Indian MEA in a statement on August 10, 2020.

We wish to Shri Verma-ji good success in his new duties and we are looking forward to the further development of the friendly relations between Greece, Congo and India, especially in the fields of shipping, investments, technology and education.

Cover Photo: Shri Ram Karan Verma and his wife Smt. Kamlesh Verma with musician Mr. Konstantinos Kalaitzis, chairman of ELINEPA Dr. Dimitrios Vassiliadis and the second secretary of the Embassy of India to Greece Mr. Mata Prashad Pandey during the celebration of India’s Republic Day in Athens in 2016.