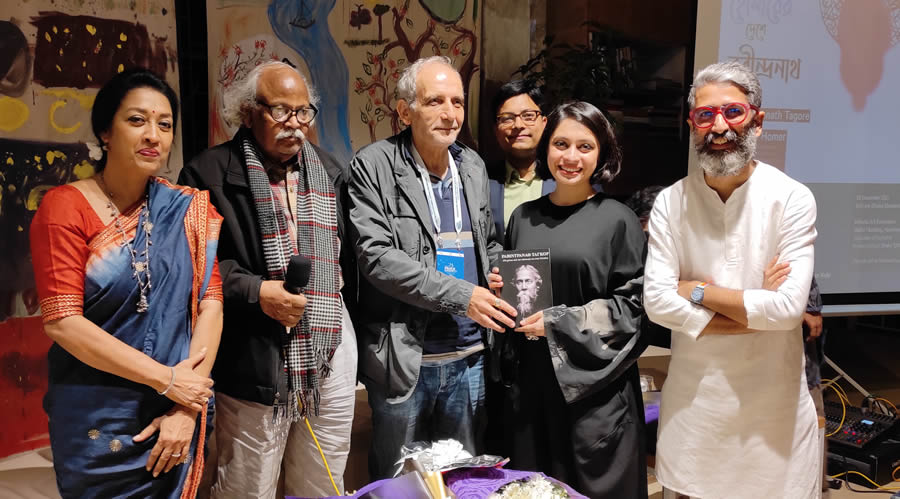 The Brihatta Art Foundation organized a special event on Rabindranath Tagore and Greece on December 6, 2021, in Dhaka, which was attended by many leading personalities of Bangladeshi literature and arts.

The key speakers at the event were President of ELINEPA Dr. Dimitrios Vassiliadis, who traveled to Bangladesh to attend the World Peace Conference, the philhellene writer and diplomat, Sujan Debnath, and the eminent painter Rafiqun Nabi, better known as Ranabi.

Dimitrios Vassiliadis referred to the speeches and interviews given by Ravindranath Tagore during his visit to Athens on November 25, 1926. He also donated a copy of his book on Tagore to the library, expressing the wish that the foundation becomes a center of Greek-Bangladeshi cultural collaborations.

Sujan Debnath spoke about his experience in Greece where he served as the First Secretary at the Embassy of Bangladesh for 4 years as well as his love for Greek philosophy and poetry that he expressed and continues to express through his books. Poems from his latest book “Ravidranath Tagore in the Land of Homer” were also recited in Bengali by Aniket Rajesh.

Rafiqun Nabi referred to the years he studied with a scholarship at the Athens School of Fine Arts and the special atmosphere that prevailed in Greece during the years of the change of government after the fall of the military junta.

The program closed with a delicious Bangladeshi dinner.