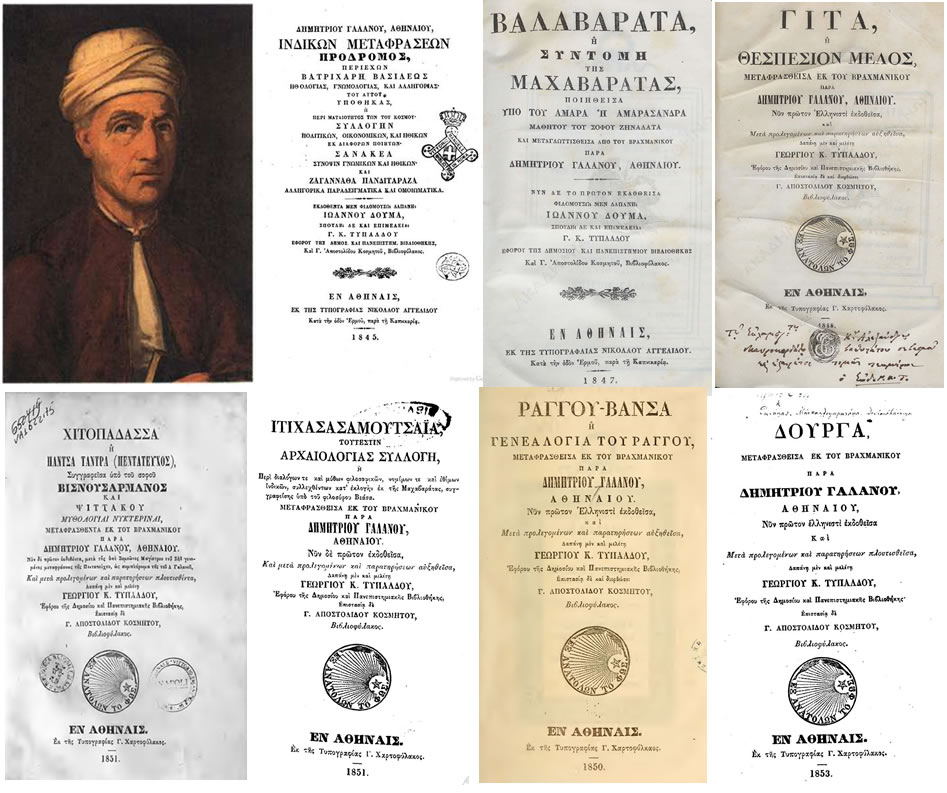 The forerunner of Modern Greek Indology was undoubtedly Dimitrios Galanos the Athenian (1760-1833), who lived and worked for 40 years in Benaras, India, translating into Greek some of the most important texts of Indian literature. The manuscripts of Galanos were transferred, according to his last will, to the National Library of Athens, where they are still preserved bound in twenty volumes (Mss. No. 1836 – 1855). Ten of them were edited and published in seven volumes between 1845 and 1853 by the founder and editor of the National Library Georgios K. Tipaldos and the Librarian G. Apostolides.

The Hellenic-Indian Society for Culture and Development has collected these books and republished them in the Indo-Greek Digital Library thus making them easily available to scholars of Indian culture and the readers.

Below are the links to Galanos’ books according to the chronological order of their publication:

RAGHUVAMSHA OR GENEALOGY OF RAGHU

(a collection of stories from Mahābhārata)