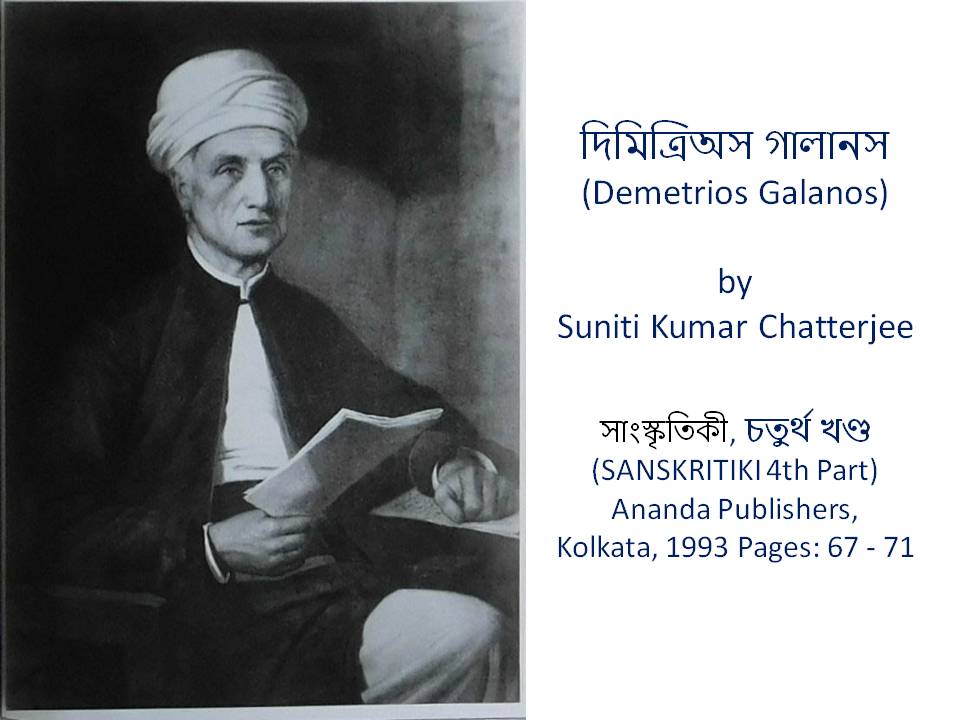 Suniti Kumar Chatterjee, was an Indian linguist, educationist and litterateur. He was a recipient of the second-highest Indian civilian honour of Padma Vibhushan. He joined the University of Calcutta as the Khaira Professor of Indian Linguistics and Phonetics.and served as the speaker of West Bengal Legislative Assembly. However, this article is based on Siegfried A Schulz research papers.