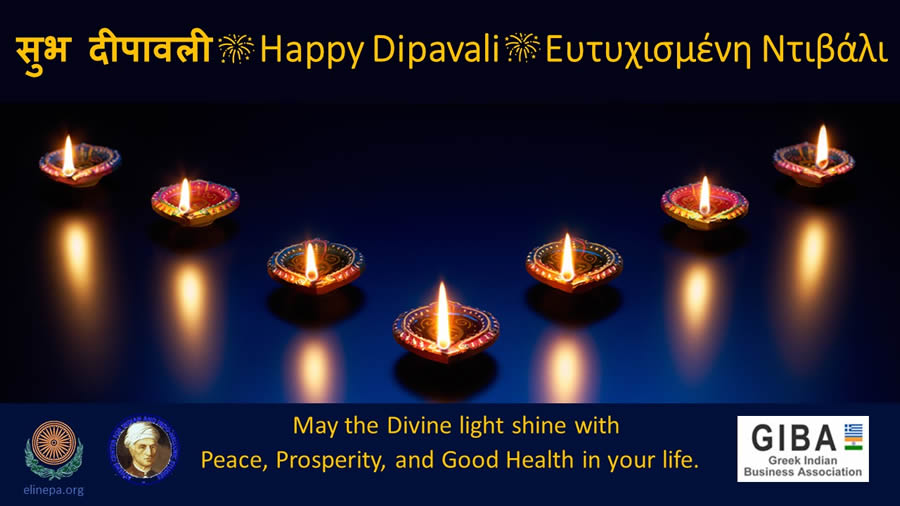 Diwali, or Dipawali (Sanskrit दीपवलि), known as the festival of light, is India’s biggest and most important festival of the year. The festival gets its name from the row (avali) of clay lamps (deepa) that Indians light all around their houses during the festival. The preparations and rituals typically extend over a five-day period, but the main celebration of Diwali coincides with the darkest, new moon night of the month Kartika in the Hindu Bikram Sambat calendar ( between mid-October and mid-November ιn the Gregorian calendar).

The festival marks the return of Lord Rama after 14 years of exile and his victory over the Demon Ravana, but it is celebrated by the largest portion of the Indian population, including Hindus, Sikh, and Jains. The light celebrated in the darkest night of the year marks the beginning of a new era and the first day of the new year in some parts of India. it is an official holiday in the country.

On this auspicious day, people worship Laxmi, the Goddess of Wealth, and Ganesha, the Lord of auspicious beginnings, by performing religious rituals (puja) in the evening and sending gifts and sweets to their near and dear ones. Multicolored wall and street paintings and different colorful varieties of fireworks have been an integral part of the festival, although in recent years there have been growing voices for the ban of fireworks in urban areas due to the high pollution caused in the atmosphere.