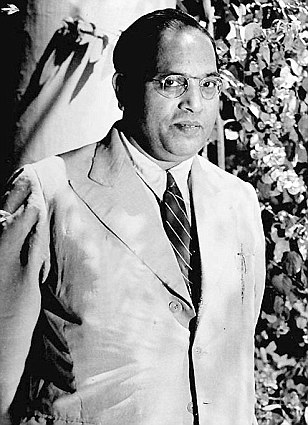 On April 14, India celebrates the birth anniversary of Dr Bhimrao Ramji Ambedkar,  who is remembered as “The Architect of the Constitution of India” and the man who fought for the oppressed in the country.

Dr B R Ambedkar (April 14, 1891 –  December 6, 1956), popularly known as Babasaheb Ambedkar, was the chief architect of India’s Constitution and one of the towering intellects of modern India. He was a well-known politician, economist, social reformer and an eminent jurist. He was appointed as the nation’s first Law Minister in the Cabinet of Jawaharlal Nehru and as a Chairman of the Constitution Drafting Committee.

Αn adamant supporter of human rights, Ambedkar favoured the individual’s freedom against society’s oppression. He believed that the cultivation of mind should be the ultimate aim of human existence, while he favored its independent nature by saying: “Unlike a drop of water which loses its identity when it joins the ocean, man does not lose his being in the society in which he lives. Man’s life is independent. He is born not for the development of the society alone, but for the development of his self”.

Throughout his life, Ambedkar fought to eradicate social evils like untouchability, caste restrictions, and discrimination against women. He opined that there should be separate electoral system for the untouchables and lower caste people. He also favored the concept of providing reservations for Dalits and other religious communities, a thesis that was adopted by the Congress Party and became the law of India. He also rejected the Aryan invasion theory on anthropological grounds arguing that there is no racial difference between the castes.

Ambedkar believed that the caste system is deeply rooted in the Hindu religion and can’t be destroyed. Therefore,  in his famous speech in Nasik in 1935, he declared that he was born as a Hindu but will not die as Hindu. On 14 October 1956, less than two months before he died, B.R. Ambedkar converted to Buddhism along with some 365.000 of his followers after a traditional ceremony in Nagpur. The conversion to the religion which had fascinated him for a long time and which he had been studying for years, was one of the pivotal moments in the modern Buddhist movement in India. Ambedkar became the inspiring leader of the Neo-Buddhist movement in India and founded in 1955 the Bharatiya Bauddha Mahasabha or the Buddhist Society of India. He was posthumously awarded the Bharat Ratna, India’s highest civilian honor, in 1990. Ambedkar’s birthday (Ambedkar Jayanti or Bhim Jayanti) has been declared a public holiday in 2015 and is observed on April 14 throughout India with focus on combating inequalities.

See below a movie on Ambedkar’s life and work