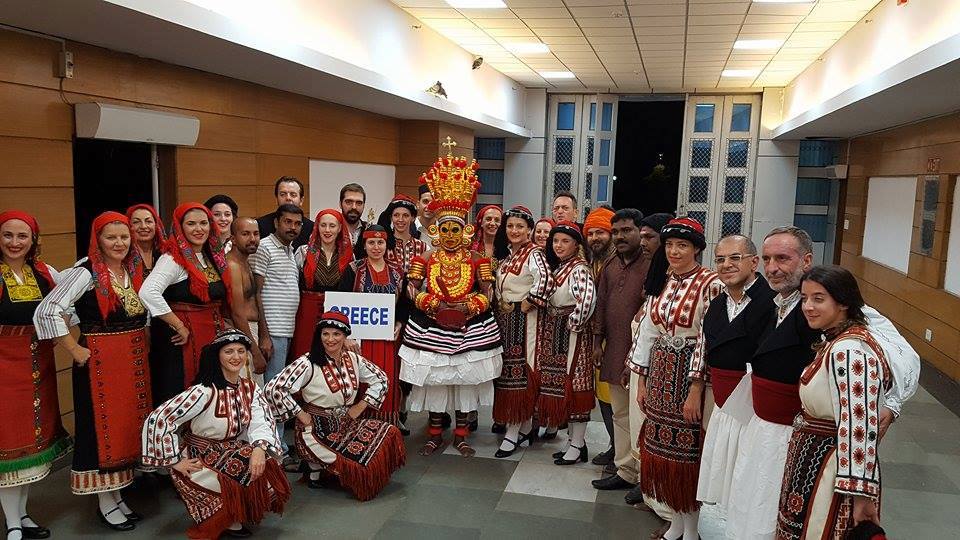 The Elassona’s Research Academy in Traditional Dances participates this year  in the 2nd International Ethnic and Folklore Festival that takes place in New Delhi from 13 to 18 October 2016.

The Academy, as stated in its press release, accepted the invitation of the organizing committee of the Festival in New Delhi in order to show the Greek traditional dances in the Indian capital and thus contribute to further strengthening of  the Greek-Indian cultural, tourist and commercial relations.

The mission consists of 33 dancers, musicians and members of the Academy, led by the President of the association, Mr. Asterios Katsaras. The choreography of the project was prepared by dance teacher of the Academy George Kokkinos. Noteworthy is the fact that despite the difficult economic situation that Greece passes as a whole and the culture in particular, the cost of the trip was covered entirely by the participants themselves.

The mission is expected to return to Greece next week after a short sightseeing tour of New Delhi.