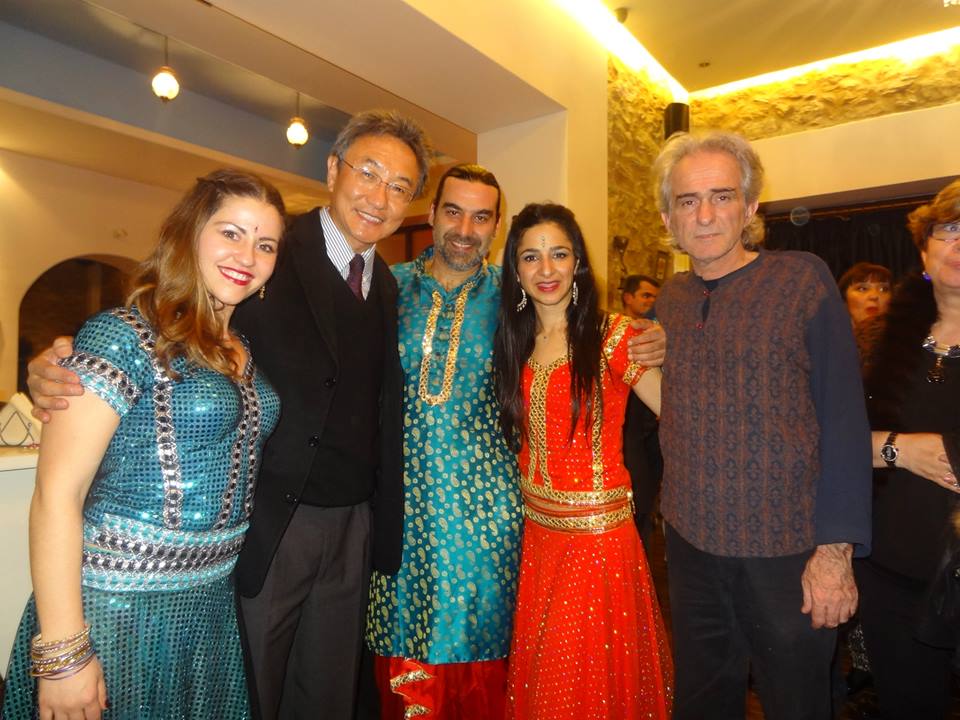 The Annual Indian Dinner of the Hellenic-Indian Society for Culture and Development took place on Sunday February 9, 2014 at Jaipur Palace Restaurant in Kifissia.  Guest of honour was H.E. the Ambassador of India Mr. Tsewang Topden, who had the chance to meet and talk with members and friends of ELINEPA. The First Secretary of the Indian Embassy, Mr. R.K. Verma, who has been recently appointed to Greece, received a warm welcome by all, especially by the students of Hindi who had the chance to converse with him in his mother tongue. Mr. Maghar Gandhi, President of the Greek Indian Cultural and Welfare Association, Dr. Stratos Soubasakis, President of the Sino-Hellenic Association, Academics, Artists, Yoga Teachers and friends of India were also present.

The host – President of ELINEPA Dr. Dimitrios Vassiliadis – and the General Secretary Anthony Papadopoulos, coordinated the event in the best possible way. The cultural program started with the yoga teacher and author Mrs. Mary Devoli who presented her newly published book “Yogic Kitchen”. Exceptional was the presence of Kostas Kalaitzis who soulfully performed well known Indian songs. The program was further enriched with a poem by Rabindranath Tagore, sang by Mrs. Aggeliki Gali in Greek.  Finally, a group from Sunny Singh Bollywood Dance Academy in Greece transferred their positive energy and joy with authentic Bollywood choreographies. Anna Dimitratou, Valentini Moschou and Giorgos Toboulis danced for the audience and the honourees.

In the lottery that followed, handsome prizes were distributed to the winners from the sponsors of the event .  These were  the hotel Harmony Parga Resort, the bookstore Eonios Iniochos, the school of dance Oriental Dance Expression, the Yoga Shakti Studio, the Yoga Praxis, the Tree of Yoga, the Yoga Sadhaka (Papadiamantopoulou 53, Ilissia), the Jaipur Palace – Indian Restaurant, the publisher of yoga books Garuda Hellas A.E., and the Publications Division of ELINEPA.

It was indeed a successful event and a joyous evening – congratulations to everyone!