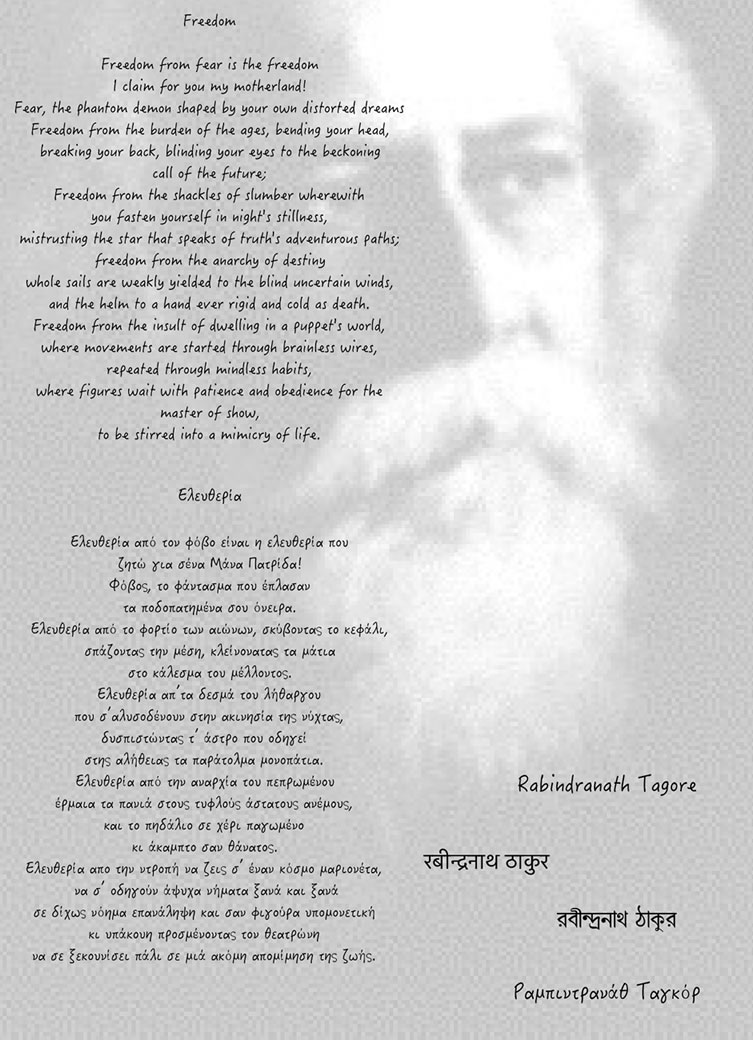 On the occasion of the birthday anniversary of the Nobel Laureate Rabindranath Tagore, ELINEPA publishes his poem “Freedom”  translated into Greek by Maria Nicolaidou.

Gurudev Rabindranath Tagore was born in Kolkata on 7 May 1861 and became one of the most brilliant poets, musicians, and artists of the Indian subcontinent in the late 19th and early 20th centuries. He was the first non-European to win the Nobel Prize in Literature in 1913 for his poetic collection ‘Gitanjali’ (Song Offerings).

On the occasion of 90 years since the visit of Gurudev Rabindranath Tagore to Greece (26 November 1926 – 26 November 2016), the Hellenic-Indian Society for Culture and Development (EL.IN.E.P.A.) has published a commemorative volume.