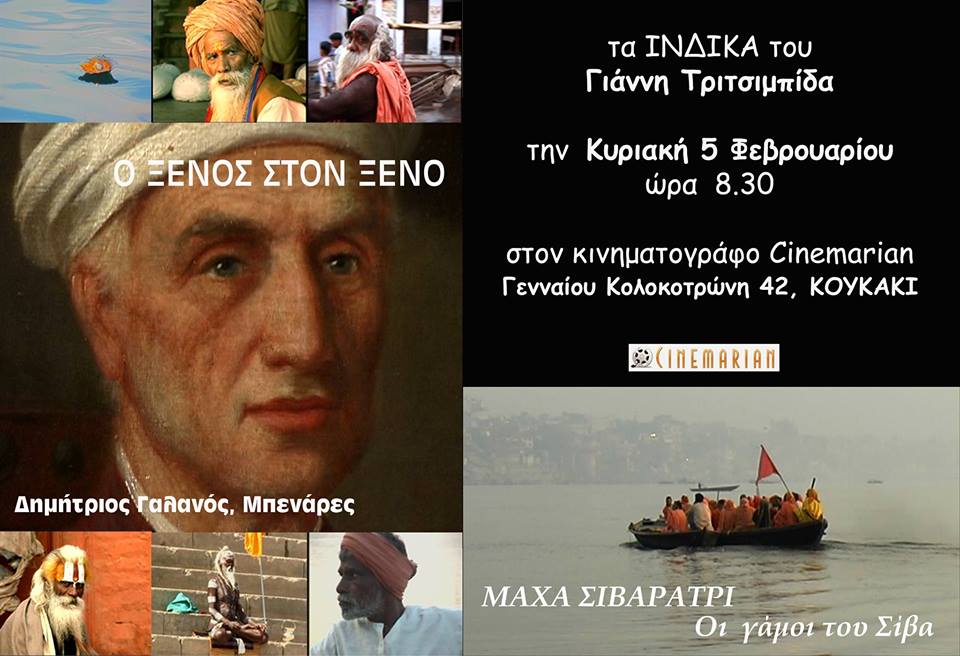 Scholars and friends of the Indian culture will have the opportunity to see once again the “Indika” documentaries of the renowned Film Director Yannis Tritsibidas on Sunday February 5th at 8:30 at the cinema hall “Cinemarian” (Gennaiou Kolokotroni 42, Koukaki).

The “Indika” of Tritsibidas include: The unique documentary “The Foreigner to the Foreigner: Dimitrios Galanos – Benares” about the life and the work of the pioneering Greek Indologist Demetrius Galanos the Athenian (1760-1833), who lived for 40 years and finally died in the holy city of Benares leaving behind him  a vast literary work and also a large donation for the foundation of the University of Athens. And the documentary “Mahashivaratri – The Marriage of Shiva.” An excellent piece of art for the worship of the most popular Indian deity. The documentary was filmed during the three-day celebration of Mahashivaratri at the holy city of Shiva and includes scenes of hermits and pilgrims who flock to a city that lives in an ecstatic rhythm throughout the course of the celebration .

Both documentaries have been created with the scientific collaboration of the Indologist professor and writer Dimitrios Vassiliadis.