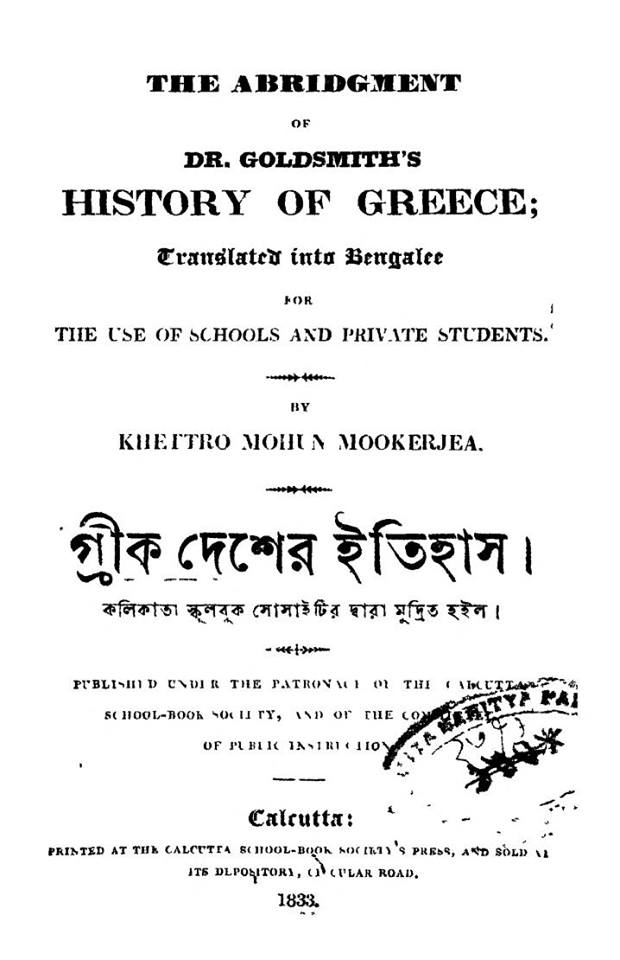 Published in July, 1833 “গ্রীক দেশের ইতিহাস” (Greek Desher Itihas), a Bengali book written by Khettro Mohun Mookerjea, was meant to serve as text book for school students and those appearing in private examinations. Published by Calcutta School Book Society, it is an abridged translation of Dr. Oliver Goldsmith’s book titled History of Greece (1809). The Bengali text ran into 400 pages.

So far I have found this to be the first book on Greek history to be written in any Indian language. It was around this time that ancient Greece began to captivate the Indian imagination.

The book should have attracted great interest, as the newly-established Greek state was struggling for its liberation from the Ottoman Turks. A few years later, in 1857, Dwarkanath Vidyabhushan (1820-1886), a professor at the Sanskrit College of Kolkata, published a second book on the History of Greece under the same Bengali title “Greek Desher Itihas” which was a translation of “A History of Greece for the Junior Classes” (English edition) by Dr. Leonhard Schmitz (1807-1890), the Prussian classicist.