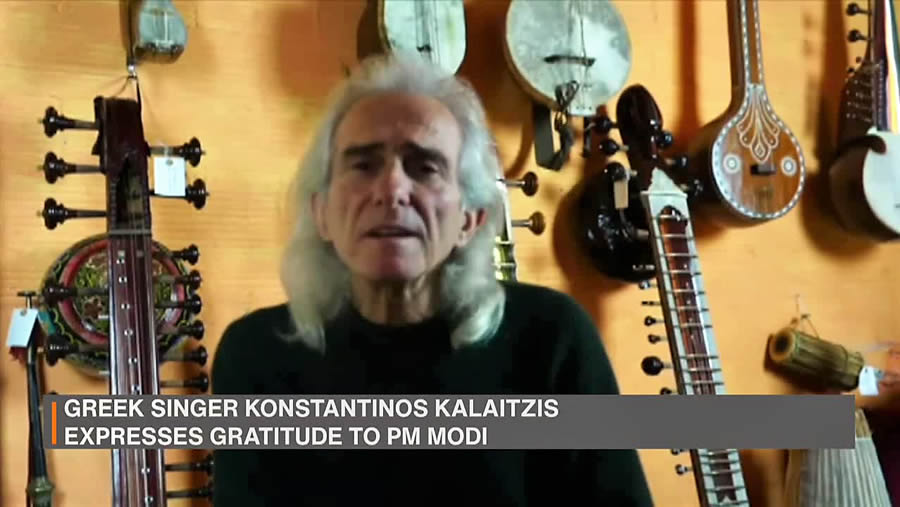 Greek musician Konstantinos Kalaitzis on Doordarshan National TV Channel of India, sending a message of gratitude to the PM of India, Mr. Narendra Modi, who had recognized and appreciated his work on Indian culture earlier in November, during his monthly Mann Ki Baat radio broadcast.

Konstantinos Kalaitzis is a Greek artist and researcher. He has visited India 44 times, recording and studying its vast musical culture. He owns a rich and rare photographic collection, depicting the people, flora, fauna and landscapes of India. He has also formed a remarkable collection of Indian classical, folk and tribal musical instruments. He sings Indian songs of various music genres and languages of India and he often performs in concerts. He has written a book titled “Indian Music, classical and folk music, great creators, musical instruments, dances”, which was published by the Hellenic-Indian Society for Culture & Development in 2021. He often takes part in humanitarian missions around the world. His work was praised by the P.M. of India Mr. Narendra Modi in November 2022.