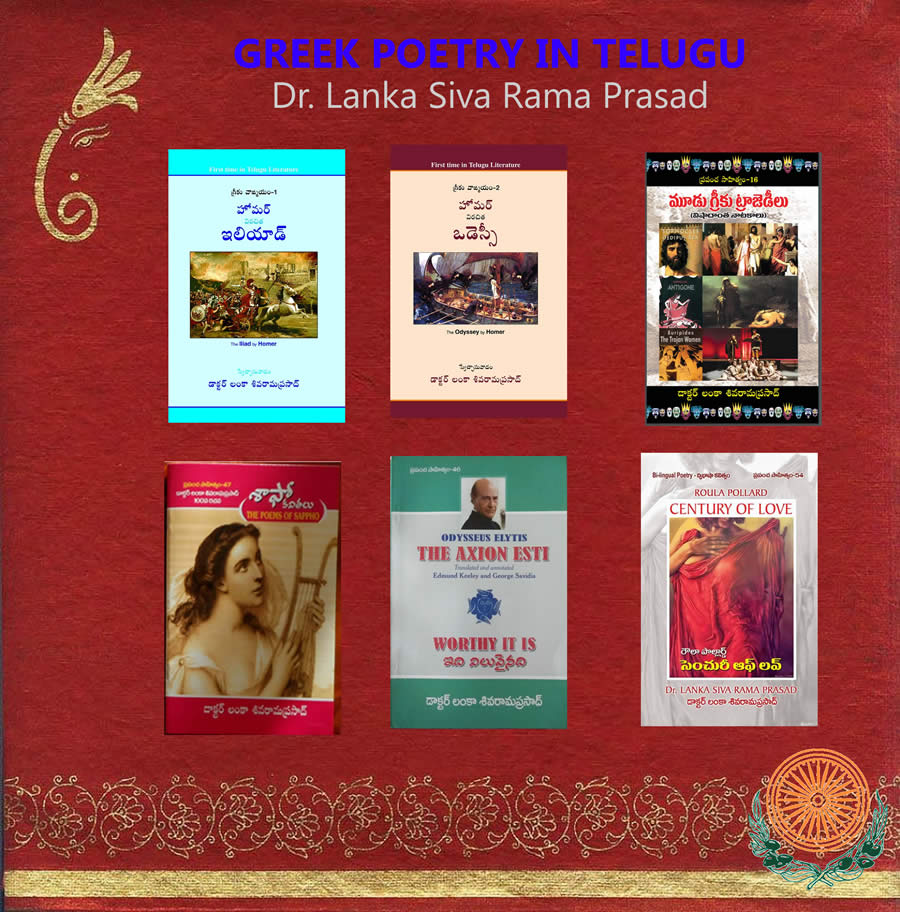 Dr. Lanka Siva Rama Prasad,* the legendary poet, writer and founder of the Writers’ Corner at Warangal, a major city in the south Indian state of Telangana, arrived in Athens for a two days visit on October 8 and 9, 2018 to establish inter-cultural bonds between Greek and Telugu writers. ELINEPA’s President Dr. Dimitrios Vassiliadis and General Secretary Anthony Papadopoulos, as well as the Greek poetess Roula Pollard, welcomed Dr. Prasad to Greece and had an extensive discussion with him on the future of co-operation in translating and publishing Telugu Poetry into Greek and Greek poetry into Telugu language.

The philhellene poet has translated for the first time into Telugu language, Homer’s Iliad and Odyssey,  Sophocles’ Oedipus Rex and Antigone, Euripides’ The Trojan Women, Sappho’s Poetry, Elytis’ The Axion Esti, and Roula Pollard’s Century of Love. He also authored a book about the Greek mythological Heroes. Apart from translating Greek poetry, he has also written 120 books and is a well-known cartoonist, painter, critic and orator par excellence. His works are available free on www.anuvaadham.com

As a founder of the Writers’ Corner at Warangal, Dr. Prasad expressed an interest to invite and bring together modern Greek and Telugu poets and writers with varied perspectives and translate and publish their works in the annual anthology of Telugu poetry (Kavitha Varshika).

Telugu is the third-most-spoken language in the Indian subcontinent after Hindi and Bengali. It is spoken by about 80 million people mainly in the South Indian states of Andhra Pradesh and Telangana and is one of the 23 constitutionally recognized official languages of India.

*Dr. Lanka Siva Rama Prasad. Apart from being a poet and writer, Dr. Prasad is Professor and Head of the Department of Cardiothoracic & Vascular Surgery, Prathima Institute of Medical Sciences, Telangana. He was the host and sponsor of Pentasi-B India World poetry festival that took place in October 2017 in Hyderabad and was attended by more than 200 poets from all over the world. Contact, email: langasrprasad@gmail.com