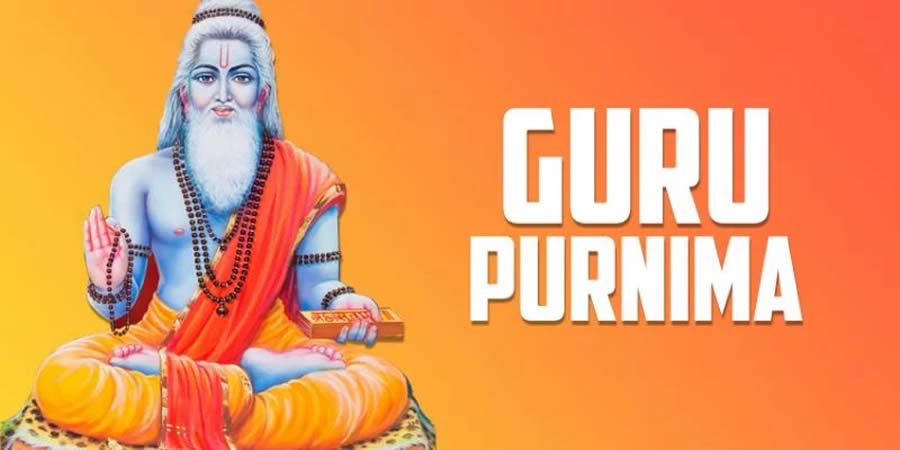 Guru Purnima, also known as Vyasa Purnima, is considered to be one of the most significant Hindu festivals. The day is dedicated to one’s Guru, mentor or spiritual teacher. Guru Purnima falls on the full moon day (Purnima) of the Hindu lunar month Ashadha, which corresponds to June – July in Gregorian calendar.

On this day the disciples visit their gurus and express their gratitude by presenting them fruits, sweets and other gifts. The celebration is marked by spiritual activities and includes a ritualistic worship in honor of the Guru, which is called Guru Puja. The enlightening principle of the Guru is said to be a thousand times more powerful on the day of Guru Purnima than on any other day.

Krishna-Dwaipayana Vyasa or Ved Vyasa, the author of Mahabharata, was also born on Guru Purnima, therefore, the day marks his birth anniversary. Guru Purnima is of great significance for the Buddhists and Jains too. It is widely believed that on Guru Purnima, Lord Buddha gave his first sermon after his enlightenment, in Sarnath and on this day, the 24th Tirthankara Lord Mahavira accepted Gautam Swami as his first disciple. The importance of the teacher disciple lineage (Guru Shishiya Parampara) has also been clearly established in all the Hindu scriptures, such as the Vedas and Upanishad, the Epics, the Puranas, the Yoga and the Tantras.

In the Hindu tradition, the Gurus played a significant role in the transmission of the knowledge from generation to generation. The parents entrusted the education of their children and their own spiritual practice (sandana) to the Guru. The Sanskrit word Guru is derived from two roots – gu and ru. Gu means darkness or ignorance, and ru denotes the remover of that darkness. Therefore, Guru is the one who removes the darkness of ignorance and leads to enlightenment.