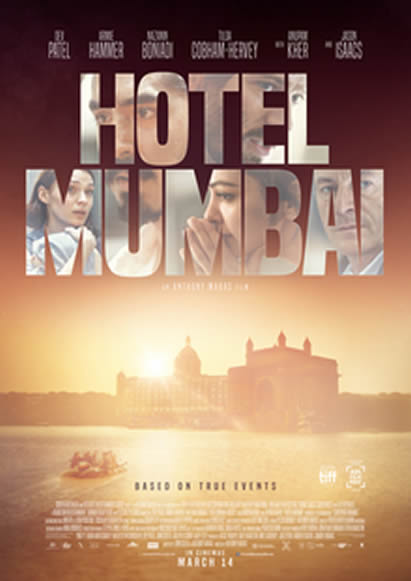 Based on real facts. The story of the victims and their survivors, their sympathy and courage over one of the most ruthless terrorist attacks ever seen in India…

Hotel Mumbai is a 2018 historical, thriller film directed by Greek-Australian director Anthony Maras and written by John Collee and Anthony Maras. It is based on the 2009 documentary Surviving Mumbai about the terrorist attacks in 2008 at the Taj Mahal Palace Hotel in Mumbai, India.

The film premiered at the Toronto International Film Festival on 7 September 2018 and it will be released in Greece on 21 March 2019.