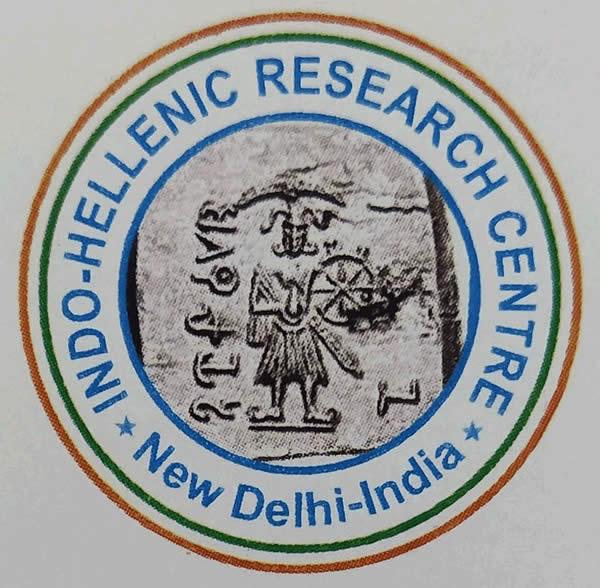 The inauguration of the Indo-Hellenic Research Center in New Delhi was held on Friday, October 8, 2021 at an online meeting with participation of distinguished scholars on Indo-Greek studies from Greece, India and the USA.

Prof. Frank Lee Holt of University of Houston, who delivered the inaugural address, emphasized the importance of the studies on the two great civilizations. He argued that student and faculty exchange programmes between universities of USA, Greece and India may bring new perspectives to the Indo-Greek studies in the light of new archaeological and numismatics discoveries.

Professor Andreas Katonis spoke about the importance of philological and linguistic studies in the more complete understanding of Greek culture and stressed the need to introduce the study of the ancient Greek language to Indian students.

Prof. Dimitrios Vassiliadis, President of Hellenic-Indian Society for Culture and Development, Athens (Greece) suggested that activities of the centre be expanded to include, in addition to archeology and history, other areas such as modern Greek literature and philosophy, and encompass academic exchanges, educational tours, translations, film and documentary productions, as well as other cultural and economic events to further strengthen relations between the two countries.

Professor U.P. Arora, Honorary Chairman of the Centre, shared with the participants his long-life experience in the promotion of the Indo-Greek studies and was optimistic about the success of the Center’s future programmes. He said that there is almost no  academic field which can not be benefited from the comparative study between the two ancient civilizations.

Ms. Upasana Dhankar, an independent researcher who recently moved to Virginia, USA after teaching for six years at the University of Delhi, has undertaken the responsibility to build up a network of scholars and promote study abroad programmes as an IHRC, New Delhi representative. She spoke about the increasing interest of American students in Indo-Greek studies and the need to create specific academic programs in the USA, Greece and India in order to facilitate field studies.

Prof. Renu Shukla and Dr. Manisha Tyagi, who also attended the meeting, extended their support and good wishes to the newly established Research Center that aims to spread Greek and Indo-Greek Studies from New Delhi all over India and around the world.

Dr. Anil Kumar Singh, Assistant Professor of Greek Studies at the Jawaharlal Nehru University and President of the Indo-Hellenic Research Center, announced the first two academic events on Greek and Indo-Greek studies that are organized by the Research Center and thanked all participants for their good wishes and support.

The Indo-Hellenic Research Centre envisions to create, promote and disseminate new knowledge through extensive and rigorous comparative studies of available Indian and Greco-Roman texts and archaeological material, to cooperate with organizations and institutions of similar mission and to facilitate scholarship, teacher’s training and development in the Indian subcontinent.