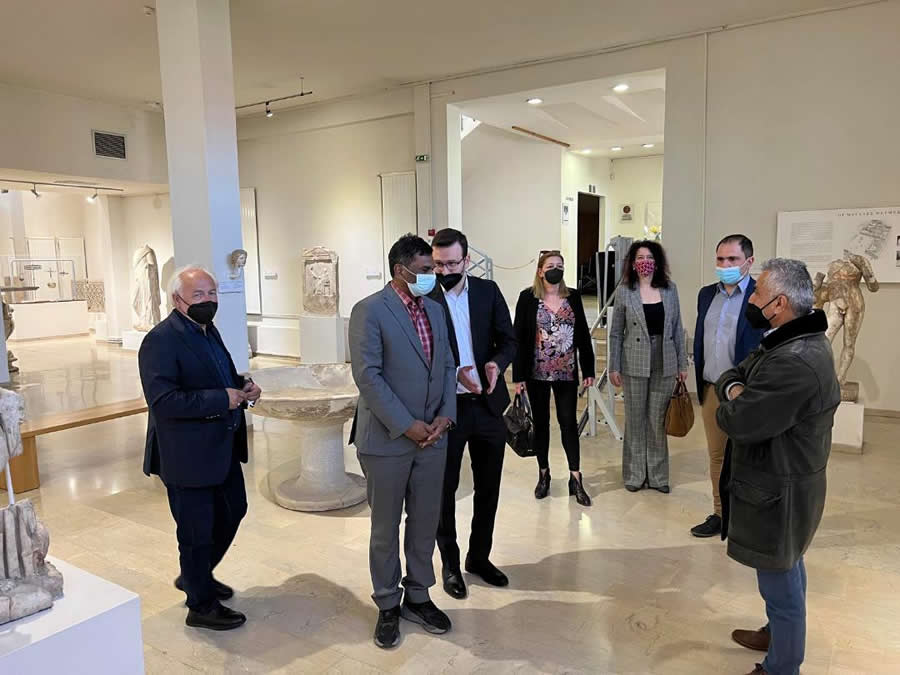 India, the rapidly developing and second most populous country in the world, has been decided to be the honored country at the 52nd Olympus Festival in 2023. For this purpose, the Cultural Attache of the Indian Embassy, Mr. S Rajendran visited Pieria on Sunday, March 27, 2022.

Prior to the visit of the Cultural Attache of India, an invitation letter was issued by ORFEO, which was accepted by the Ambassador of India as well as by the Hellenic-Indian Society for Culture and Development, based in Athens.

It should be noted that a few days ago, Greek Foreign Minister Nikos Dendias paid an official visit to India, where he had talks with his Indian counterpart and other government officials, in order to promote the cooperation in trade, tourism and culture.

Mr. S Rajendran was received at the offices of ORFEO on Sunday morning by the members of the administration, where they discussed the framework of cooperation between the two sides. On behalf of the ORFEO administration, the Indian diplomat was welcomed by President Grigoris Papachristos, pointing out the goals set by the administration, with the institution of the honored country and specifically with the selection of India for the 52nd Olympus Festival.

The Indian diplomat, after thanking on behalf of the ambassador, the administration of ORFEO, for the selection of India to be honored country at the 52nd Olympus Festival, said that this initiative strengthens the effort of the two governments to develop bilateral relations. In fact, during the recent visit of the Minister of Foreign Affairs, Mr. Dendias, to New Delhi, a protocol of cooperation in matters of culture was signed between the two countries.

Afterwards, the Indian diplomat, accompanied by members of the administration, visited the Deputy Regional Governor, Mrs. Sofia Mavridou, where they had a warm conversation.

Mr. S Rajendran completed his tour in Pieria with a visit to the museum and the archeological site of Dion. He was dumbfounded by the archeological findings and the description of the tour, the museum, the ancient theater, the temples and other antiquities.