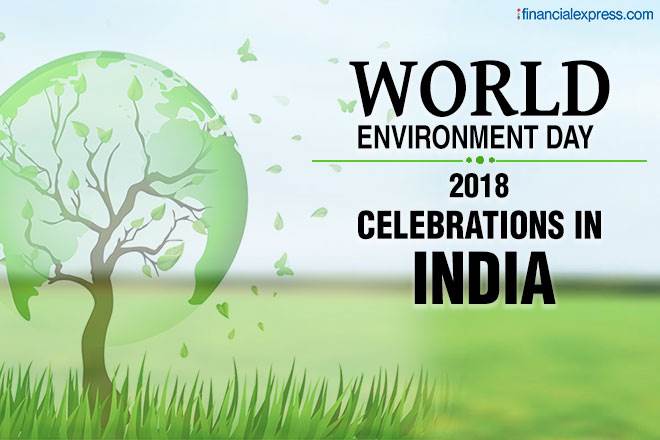 “On World Environment Day, we reaffirm our commitment to a cleaner and sustainable planet. India is hosting the global celebrations this year. And we are obligated to bequeathing a greener and eco-friendly legacy to our children”

On February 19, 2018, Dr. Harsh Vardhan, Indian Minister of Environment, Forest and Climate Change, and Erik Solheim, United Nations Under-Secretary-General and Head of UN Environment, jointly announced that India will be hosting the global World Environment Day celebrations on 5 June 2018. This is a very important achievement for India and also a recognition of India’s growing importance in the environmental protection. Prime Minister Narendra Modi, in his latest edition of ‘Mann Ki Baat’ radio programme, had underlined that India being named the official host of the World Environment Day celebrations was a recognition of the country’s growing leadership in tackling climate change issues. He had also urged people to shun plastic to protect the environment.

Every year, World Environment Day is celebrated around a theme that gathers attention on a specific environmental concern. The theme for 2018 is “Beat Plastic Pollution” urges governments, industry, communities, and individuals to come together and explore sustainable alternatives and urgently reduce the production and excessive use of single-use plastic polluting our oceans, damaging marine life and threatening human health.

The Government of India has committed to organizing and promoting the World Environment Day celebrations through a series of engaging activities and events generating strong public interest and participation. From pan-Indian plastic clean-up drives in public areas, national reserves and forests to simultaneous beach clean-up activities – India will lead the initiative by setting an example.  “Indian philosophy and lifestyle has long been rooted in the concept of co-existence with nature. We are committed to making Planet Earth a cleaner and greener place”, Union Environment Minister Dr Harsh Vardhan said.

World Environment Day occurs on the 5th of June every year, and is one of United Nation’s most important days for raising awareness and action for the protection of our environment. The day was first held in 1974, and has today grown up to an international platform for public outreach that is widely celebrated in more than 143 countries.