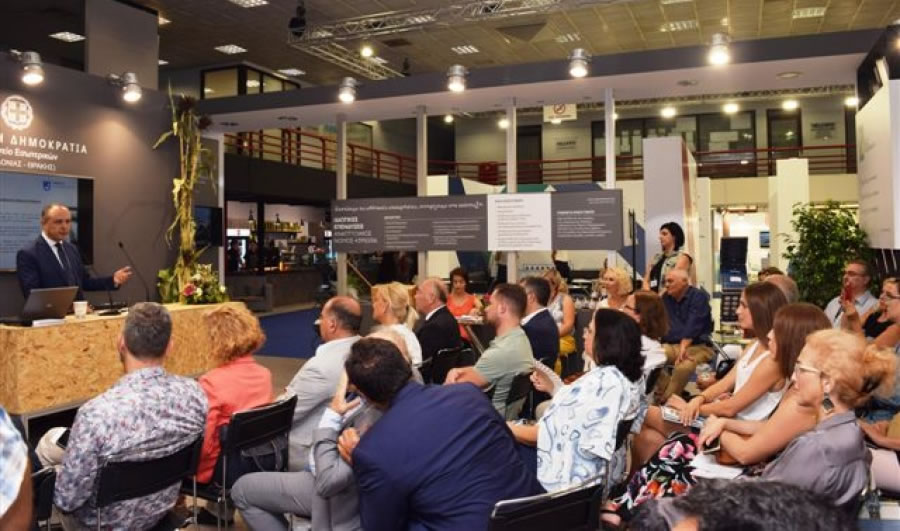 The flourishing and further development of northern Greece’s economic, trade and tourism relations with India were examined in depth at the Ministry of Interior’s Department of Macedonia and Thrace held on September 10 at its booth at the Thessaloniki International Fair, titled “Sikandar Mahan-Alexander the Great: Contemporary ways of culture, tourism and commerce “.

Welcoming the event, Deputy Minister of Interior Mr. Theodoros Karaoglou noted that there is a great scope for improving Greek-Indian relations. In particular, he said that there ιs a fertile ground for cooperation between Macedonia and Thrace with India in the areas of high technology, innovation, agriculture and tourism, noting that the number of Indian tourists to our country has increased by 60% in recent years.

“Greece is an investment-friendly country and is interested in gaining strategic cooperation with India,” said Karaoglou.

In his presentation the Head of the Office of Economic and Trade Affairs of the Embassy of Greece in New Delhi, Mr. Vasilios Scronias underlined that India is the fifth economic power in the world and beyond trade, the minimum economic result could come from attracting tourists. He also noted that since 1947, India has recorded a successful political and development course, and noted that it is a huge country, unknown to us, but with great prospects for Greek businessmen”.

Finally, the President of the Public Benefit Organisation “DIMOFELIA” of the City of Kavala Mrs. Anastasia Iosifidou, has analyzed how the powerful brand name “Alexander the Great” can unlock the markets of South Asia. As she pointed out, “Alexander the Great is a living myth in the service of culture and marketing”.

it is worth recalling that the Municipality of Kavala has made pioneering steps in the strengthening of Greek-Indian business and cultural relations. It has repeatedly participated with its own stand at the Bombay International Outbound Tourism Exhibition, hosted Indian dance groups at the Cosmopolis International Festival which is held every year in the city of Kavala, and supported the production of the first Bollywood film shot almost entirely in Greece and which is expected to be played in cinemas by October 2019 making Kavala known to millions of Bollywood friends around the world.