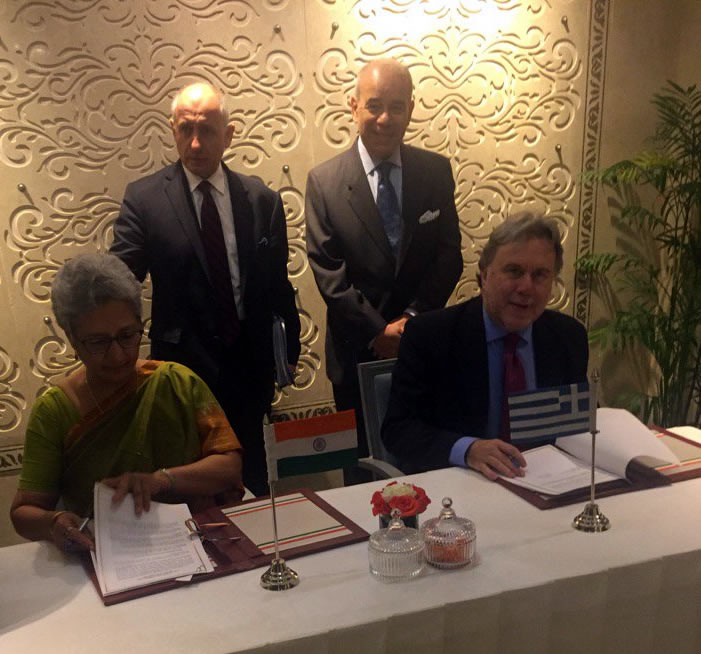 Alternate Foreign Minister George Katrougalos had a four-day visit to the Indian capital from 22 to 25 November 2016 aiming to promote the outward orientation of Greece’s economy and Greek economic activity in the large Indian market.

During his visit, Katrougalos jointly chaired the 7th Greek-Indian Mixed Ministerial Committee and met a series of Deputy Ministers and senior officers of the Indian government responsible for the European Affairs, commerce, shipping, infrastructure and civil aviation. He also participated in an investment forum and delivered a speech at the ICWA.

It is noteworthy that the interest of Indian investors have started to shift in recent years towards Greece with more typical example the recent offer of the Indian GMR Infrastructure, which together with the GEK – TERNA joined forces for the construction of the new airport of Kasteli in Heraklion, Crete.

Strong interest is also on a direct flight between New Delhi and Athens which will greatly facilitate the development of commerce, attract investors and increase the number of the  Indian tourists who choose Greece for their holidays. (Up) Prof. George Katrougalos, Alternate Minister for Foreign Affairs of Greece delivers a speech on “Europe in front of new challenges”  at the Indian Council of World affairs in New Delhi.

(Below) Mr. Katrougalos with Smt. Rita Teaotia, Secretary, Ministry of Commerce of India sign an Economic Cooperation Protocol between the two countries.