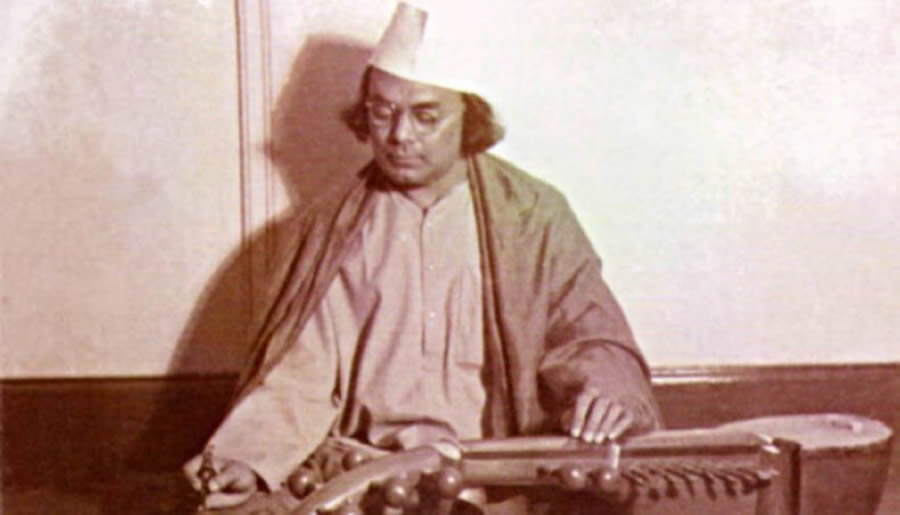 Kazi Nazrul Islam (24 May 1899 – 29 August 1976), the national poet of Bangladesh, was a Bengali philosopher, poet, writer, musician, and anti-colonial revolutionary. Popularly known as Nazrul, he produced a large body of poetry and music with themes that included freedom, humanity, love, religious devotion and rebellion against the atrocities committed by humans on human beings. His poems, songs, novels, short stories, plays, and political activities expressed strong protest against various forms of oppression, including caste and gender-based discrimination, communalism, feudalism, and colonialism. His revolutionary activism forced the British administration not only to ban many of his books but also to put him in prison.

Though he was a child of the undivided Bengal, he considered himself as a world poet. He said, “Even though I was born in this country (Bengal), in this society, I don’t belong to just this country, this society. I belong to the world.”

For the conflict of religions he wrote:

“No prophet has said that I have come only for Muslims, or have come for Hindus or Christians. He said, ‘I have come for all humanity, like the light.’ But the devotees of Krishna say that Krishna belongs to Hindus. Muhammad’s followers say that Muhammad is just for the Muslims. In the same way, Christians are entitled to Christ. This is the root cause of all problems that Krishna-Muhammad-Christ became national property. People are not shouting for light, but are fighting on proprietary rights.”

Nazrul’s activism for political and social justice earned him the title of “Rebel Poet” (Bidrohi Kobi). He best describes himself in the last stanza of his famous poem “Rebel“ (Bidrohi):

“Weary of struggles, I, the great rebel, Shall rest in quiet only when I find The sky and the air free of the piteous groans of the oppressed. Only when the battlefields are cleared of jingling bloody sabres Shall I, weary of struggles, rest in quiet, I am the rebel eternal, I raise my head beyond this world and, High, ever erect and alone! “ (Translated into English by Kabir Choudhary)