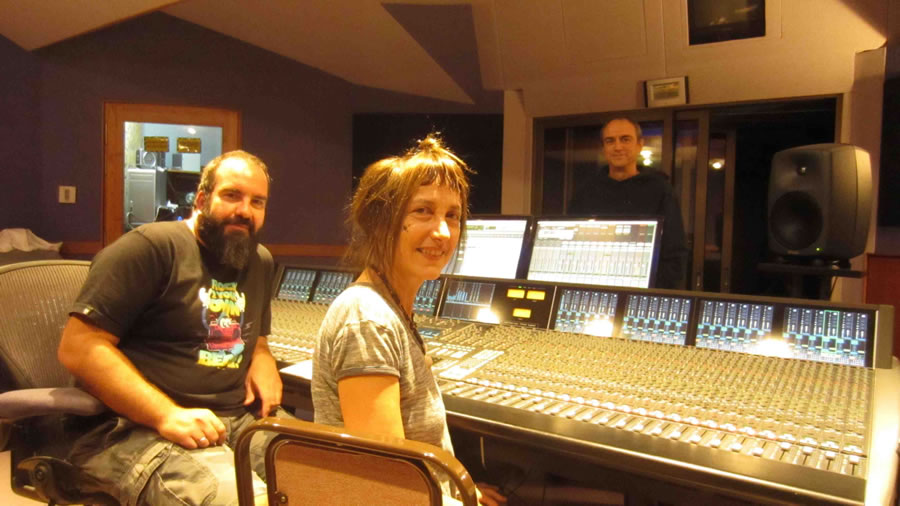 Singer and lyricist Kristi Stassinopoulou, a native Athenian, active on Greece’s alternative music scene for many years, and her longtime collaborator, composer, arranger, multi-instrumentalist Stathis Kalyviotis, former of the first Greek punk group in the early 80s, are touring the world with their music. They have made together 6 albums that generated a wide appeal in the international world music circuit and reached high positions in the European and the Transglobal World Music Radio Charts.

The unique and interesting blend of traditional Greek rhythms, ambience and electronica, combined with Kristi’s vivid scenic appearance and haunting vocals have sparked great response and have led to appearances in important music festivals, venues and radio concerts around the world.

The melodies of the songs draw inspiration from Greek demotika and rebetika songs and from modal Byzantine chanting.

The lyrics of the songs are mostly experiential and speak about a range of themes: Stories-on-the-road, refugees passing through Greece, life in faraway Greek islands, ancient sun-worshiping rituals and shamanic practices still alive in certain areas of the Greek peninsula, the “nowness” of the Greek situation.

Some of the places they have performed:

Kristi is also a published writer. Her short stories, traveling documentaries, articles about music, etc are often published in the Greek media. She has also published two books of fantasy fiction:

The Fiery Sword (1995, Livanis Editions), a novel of magic set in Athens in the early 90s.