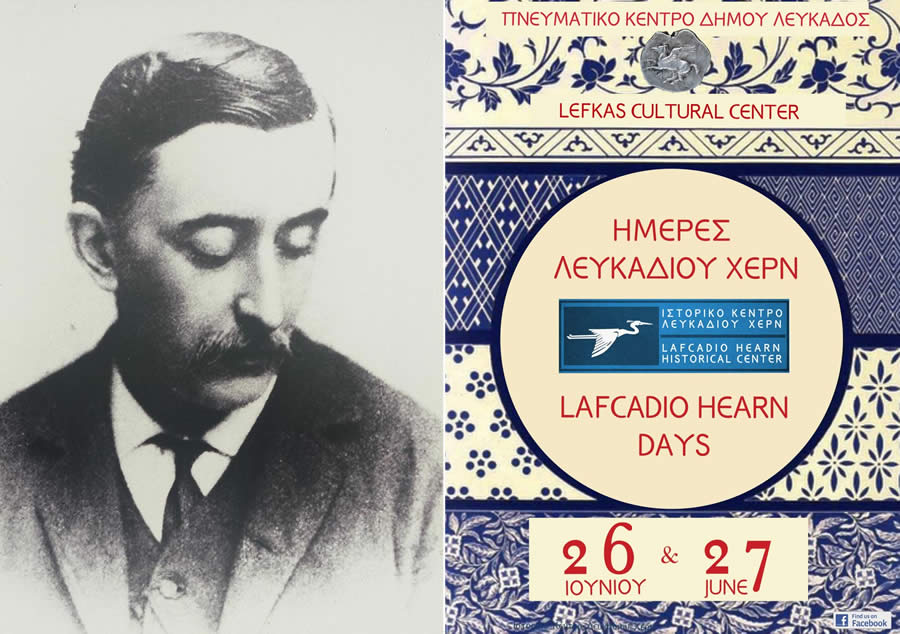 On the occasion of the celebration of the birth anniversary of Lafcadio Hearn, the Cultural Center of Lefkada organizes a two-day cultural event on June 26 and 27, 2019 at the Lafcadio Hearn Historical Center in Lefkada.

The program of events is as follows:

Inauguration of the exhibition, Yakumo Koizumi where clouds are born.

Speech by the Education Attache of the Embassy ofJapan on the 120 Years of Greek-Japanese Diplomatic Relations.

Nikos Anastasiou, Journalist – General Secretary of Hellenic-Japanese Association, “We have much to learn from the Country of the Rising Sun”.

Maria Genitsariou, “Pre-war Japan through the eyes of eminent Greek visitors”. Quotes from the rare speeches of the Academics A. Andreadis, S. Skipi, and Professor Inas Metaxa.

Dimitrios Vassiliadis, President of Hellenic-Indian Society for Culture and Development, “India and Buddhism in the writings of Lafcadio Hearn”.

Narration in the exhibition

Stelios Papalexandropoulos, “Variations in worship and criticism on Hearn’s work”.

The Japanese Makoto dance choir will give lectures, presentations, and demonstrations from June 24 until June 29, 2019, at the Lafcadio Hern Historical Center.