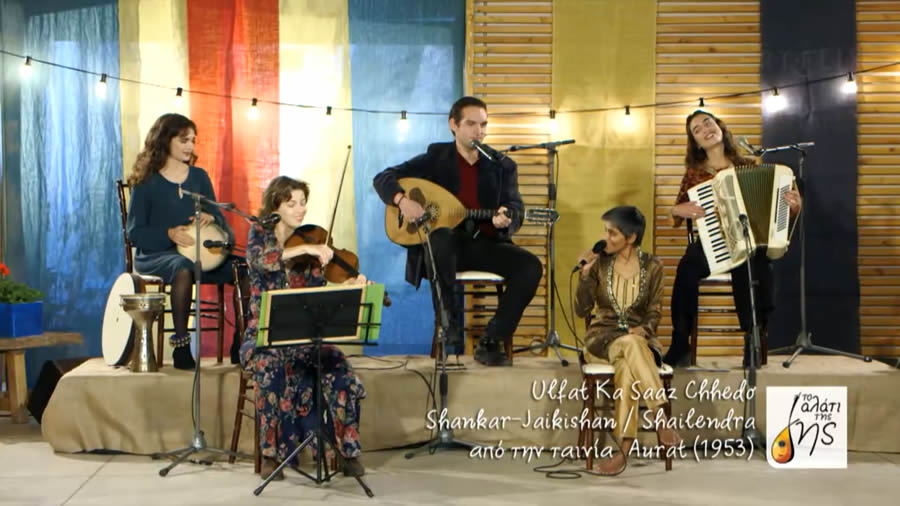 Lambros Liavas presented in his TV show “Salt of the Earth” the music band LAIKINDIA with a selection of their “Hindi style songs” which were very popular in Greece in the 60’s and were strongly influenced by Indian cinema. The shooting of the show took place in November 2020 and was presented on the Greek National TV (ERT) on January 24, 2021.

The band “Laikindia” consists of: Kinjal Vora from India (vocals), Violette Boulanger from France (violin-vocals), Eva Mylona (accordion-vocals), Salvatore Conticello from Italy (lute-vocals) and Maro Panagi (percussion). The guest of the band is the singer of Rebetiko Anatoli Margiola.

Watch the presentation of LAIKINDIA in the third part of the show after 1:04 HERE

Read also: – Uniting the Indian with the Greek Music ΙΝDΙΚΑ 2020