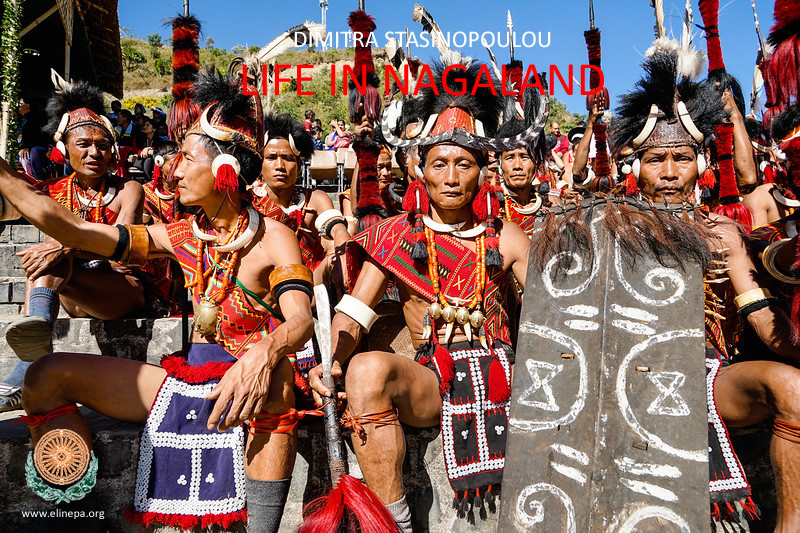 Dimitra Stasinopoulou’s photographic collection from the northeastern state of Nagaland in an e-book format. The State of Nagaland, The Land of the Great Warriors, was cut off for years due to political unrest and was only opened to visitors in the last few years. It lies in the far North-Eastern part of India, in the Himalayan Region, in the border with Myanmar. It is inhabited by more than 16 tribes and who have their own culture, tradition, language and dialects. Pure children of nature, supremely free beings through the ages, they have expressed their exuberance, purity and vivid character to the completely original and abundant manifestations of their culture. During the first week of December, the Naga tribes unite for the Hornbill Festival, in the capital city of Kohima, with a goal to revive and protect the rich traditions of the Naga tribes. Nagaland is only a few generations away from the days when tattooed Naga warriors wore the feathers of the great hornbill bird, after proving their valor in battle. They represent a precious part of man’s heritage and, to this end, they deserve our respect and recognition. Believing that the more we learn about other cultures, the more accepting and supporting we become of them and hoping that my images contribute to this process, I hope that you will enjoy this visual trip.