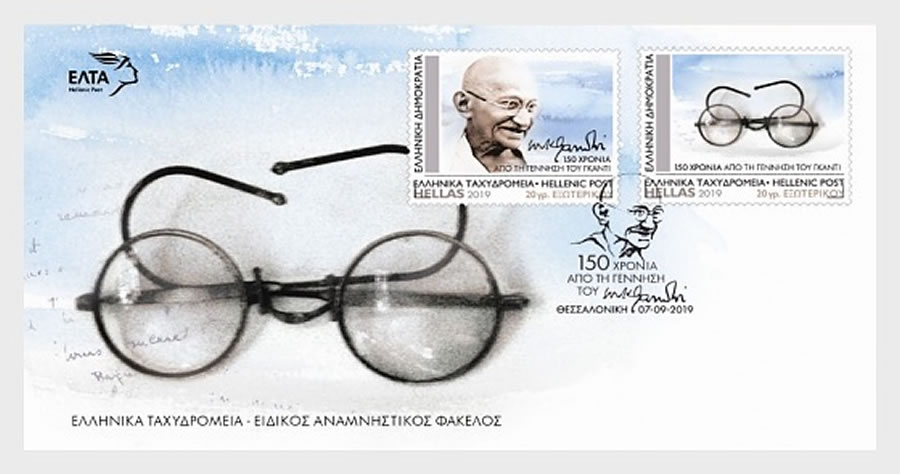 Marking 150 years since the birth of Mahatma Gandhi, the Hellenic Post (ELTA) has issued a commemorative Illustrated Cover with Stamps & Postmark paying tribute to one of the world’s greatest apostles of peace and non-violence in the 20th century.

The release of the commemorative stamp series took place on September 7, 2019, the inauguration day of the 84th Thessaloniki International Fair in which India was the honored country.

The stamps are available at the Hellenic post offices and at the Central Philatelic Office until they sell out. Limited edition at the price of €4,01 each.

The  “150th birth anniversary of Mahatma Gandhi” issue will comprise one stamp at the value of €0,75 in sheets of eight stamps. First Day Covers will also be available at the price of €1,12  each