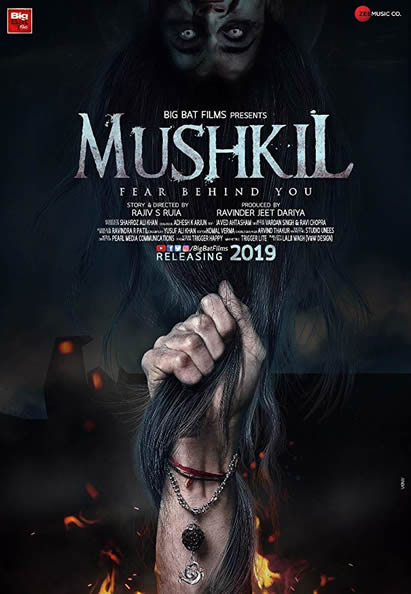 The Indian horror film ‘Mushkil’ (‘Tough’, 2019, 2 hrs, 10’, Hindi) shot last year in Papigo, Parga and Athens, Greece will have its premiere on August 9, 2019, in Mumbai, attracting the interest of the friends of horror films and the world of Bollywood.

It is the first full-length film of Indian producer Ravinder Jeet Dariya who has already shot several video clips of Bollywood songs in various regions of Greece through the company “Big Bat Films”, which he founded in Athens.

The film was directed by Rajiv S. Ruia, and the script was written by Aadesh K. Arjun and Yusuf Ali Khan. Rajniesh Duggall and Kunaal Roy Kapur play the role of ghost hunters. The story revolves around a group of four Indian friends – Nazia Hussain, Pooja Bisht, Shafaq Naaz, and Archana Shastry – embarking on an excursion to Greece, but taking an unexpected turn when they begin to encounter certain supernatural phenomena that are constantly becoming more dangerous. They will now have to work with their tour-guide and a mysterious stranger, but their new allies could well be hiding a few dark secrets. The film’s erotic songs come to relieve the viewer’s anxiety.

The film will be screened in Indian cinemas and is expected to arrive in Greece in early winter.

View the trailer of the film