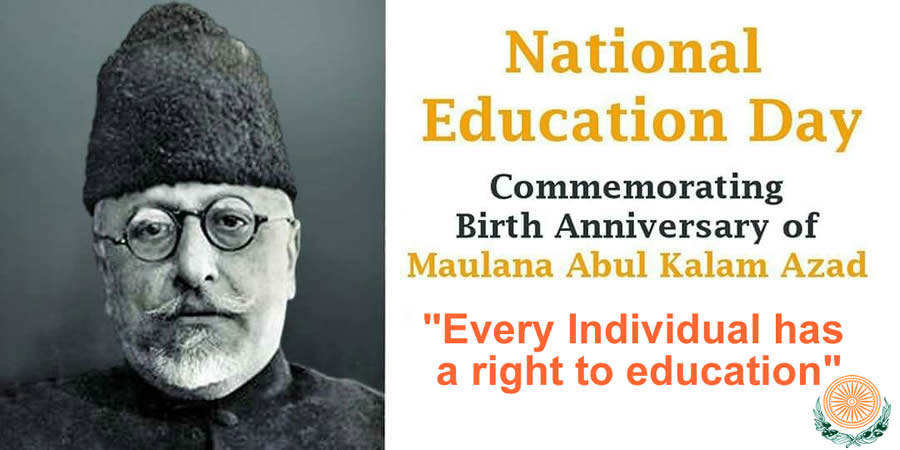 Maulana Abul Kalam Azad (11 November 1888 – 22 February 1958) was an Indian scholar and a senior leader of the Indian National Congress during the independence movement. Following India’s independence, he became the First Minister of Education (Minister of Human Resource Development) in Pandit Jawaharlal Nehru’s cabinet and served the country from 1947 to 1958.

Maulana Abul Kalam Azad was committed to building of the independent India through education and promoted the education of  the rural poor and girls. He emphasized the need for a free and compulsory education for all children up to the age of 14. Addressing a conference on All India Education on 16 January 1948, Maulana Azad said:

We must not for a moment forget, it is a birthright of every individual to receive at least the basic education without which he/she cannot fully discharge his/her duties as a citizen.

Under his leadership, the Ministry of Education founded The Indian Council for Cultural Relations (ICCR) was founded in 1950, the first Indian Institute of Technology in 1951 and the University Grants Commission in 1953. He also laid emphasis on the development of the Indian Institute of Science, Bangalore and several other educational institutions in India.