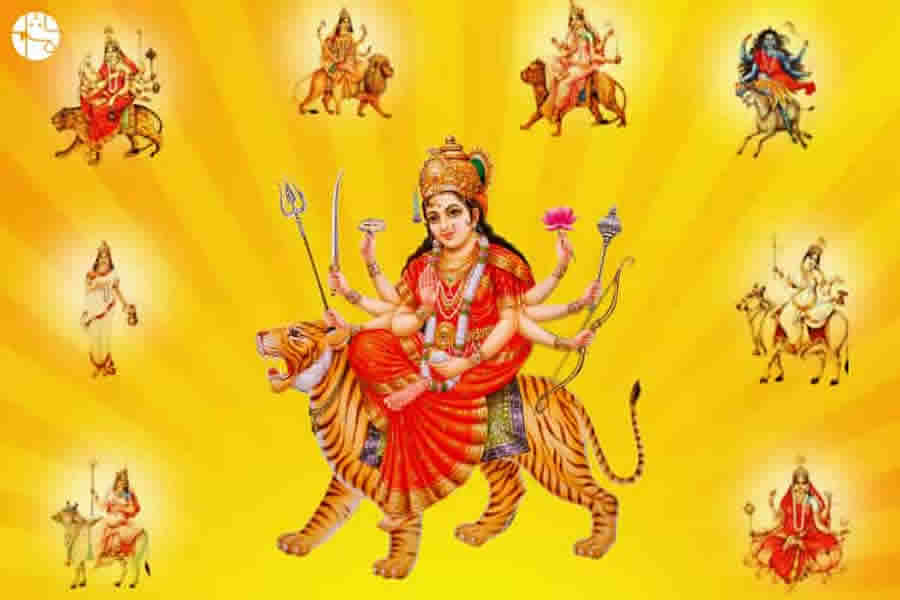 One of most popular Hindu festivals, Navaratri (literally meaning ‘nine nights’) is celebrated every year with fervor and devotion in different parts of India and by the Hindu communities around the world. Navaratri theoretically falls twice or four times a year. Of these, the most significant to the Hindu tradition are the Sharada Navaratri, which means autumn navaratri, and is observed the lunar month of Ashvin near autumn equinox (September–October) and the Vasanta Navaratri, which means spring navaratri, and is observed the lunar month of Chaita near spring equinox (March–April).

The Sharada Navaratri commences on the first day of the bright fortnight of the lunar month of Ashvini. It is observed for nine nights and 10 days, during which, the nine forms of the Devi Adiparashakti (the supreme goddess, creator and destroyer of the worlds). are worshipped. Celebrations for Durga Puja start on the sixth day of Navaratri. Upon the culmination of the ten-day period, Vijay Dashami or Dussehra is celebrated in which Adiparashakti Durga beheaded the demon Mahisasura, and from there comes her name ‘Mahisasur Mardini’, The last day also marks Lord  Rama’s victory over Ravana in a battle between the forces of good and evil.

The festival is celebrated with singing, dancing, fasting followed by feasts, elaborate decorations, prayers, religious recitals and grand ceremonies at homes and temples.