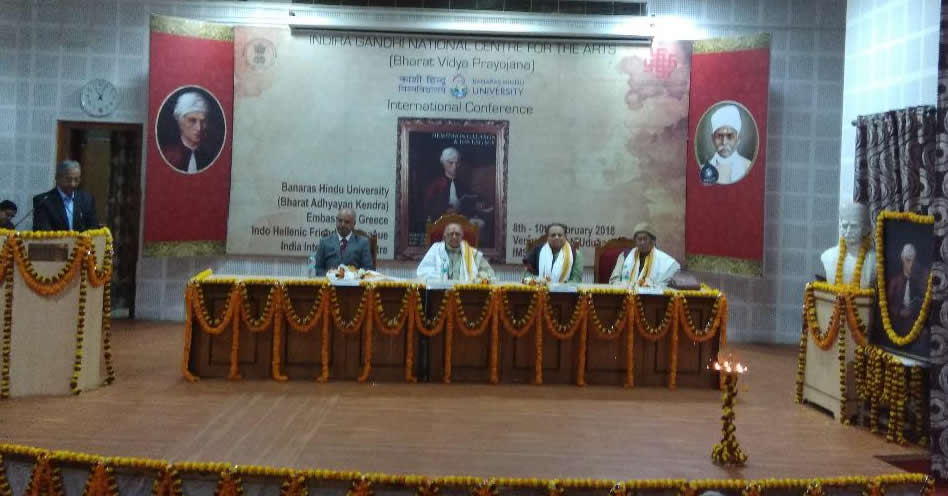 World renowned sanskritist Professor Vagish Shastri said that there has been an exchange in arts, philosophy, aesthetics, and sciences between Greece and India since thousands of years. Both countries are representatives of the oldest cultures in the world and the glory of their traditions must be protected.

This was said by Prof. Shastri during his lecture on the occasion of the inauguration of the International Conference on the memory of the Greek scholar Demetrios Galanos  that was organized in Dr K.N. Udupa Hall, Banaras Hindu University by the Indira Gandhi National Center for the Arts and the Bharat Adhyayan Kendra (B.H.U.)

Prof. Kamalesh Datta Tripathi,, another world renowned sanskritist, said that the rise of civilization in India was the oldest in world’s history (and praised the contribution of the Greek culture in its development). The Acting Vice Chancellor of BHU, Dr Neeraj Tripathi, said that cultures have their own particular characteristics. The trustee of the IGNCA Prof. Bharat Gupt also expressed his ideas (and pointed out the similarities of two ancient cultures, particularly in theater). The welcome address was given by Prof. Sadashiva Dvivedi and the vote of thanks by Dr Vijaya Shankar Shukla.