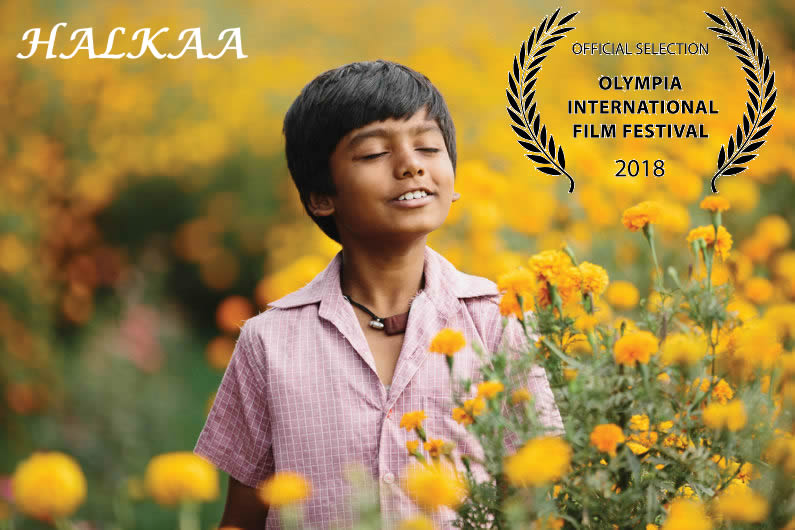 Indian film director Nila Madhab Panda participates with his latest feature film “Halkaa”(Relief –  English title, ‘Pichku’s Dream’) at the  21st Olympia International Film Festival for Children and Young People, one of the most important film festivals for children and adolescents in the world that begins on Saturday, December 1st, at its main venue, the city of Pyrgos, and spreads to many cities in Western Greece and Peloponnese.

The film brings to the fore a serious sanitary and social problem faced by the poorest classes in India, lack of toilets especially in villages. Battling against corrupt government officials and intense poverty, a young boy in the slums of Delhi attempts to raise money to build his own toilet. Pichku lives in a shabby slum in Delhi with no running water or sewage system. People defecate out in the open on railway tracks. The 9-year-old boy is shy and dreams of his own toilet – a quiet, clean and colourfully decorated place. He will follow his dreams and spare no effort to get a toilet for his house.

Nila Madhab Panda is a filmmaker who received Padmashree, one of the highest civilian awards in  India. He was conferred with D.litt. Honoris Causa by Utkal Culture University, Odisha, in 2018. His first feature film “I am Kalam” became an iconic film winning 34 International Awards along with a National Award. His second feature film “Jalpari” (Desert mermaid), about female feticide and gender equality, received the MIP Junior Award at Cannes. He has also made documentary films, such as “God’s own people”. Panda founded the International Screenwriters Lab in India.

Other participants from South Asia

The short films,  “All I want” by Venika Mitra, India, 2017, 7′, and “A Curious Girl” by Rajesh Prasad Khatri, Nepal- France, 2017, 14΄, as well as the Documentaries,  “Children of the Snow Land” by  Zara Balfour-Marcus Stephenson, Nepal-UK, 2018,93′, and  “The Girls are not Brides” by  KM Taj-Biul Hasan, Bangladesh, 2017, 28’ are also taking part in the 21st Olympia International Film Festival for Children and Young People competing for an award along with 71 more films from 50 countries in the following sections: feature fiction, short-fiction, short-animation and documentaries.