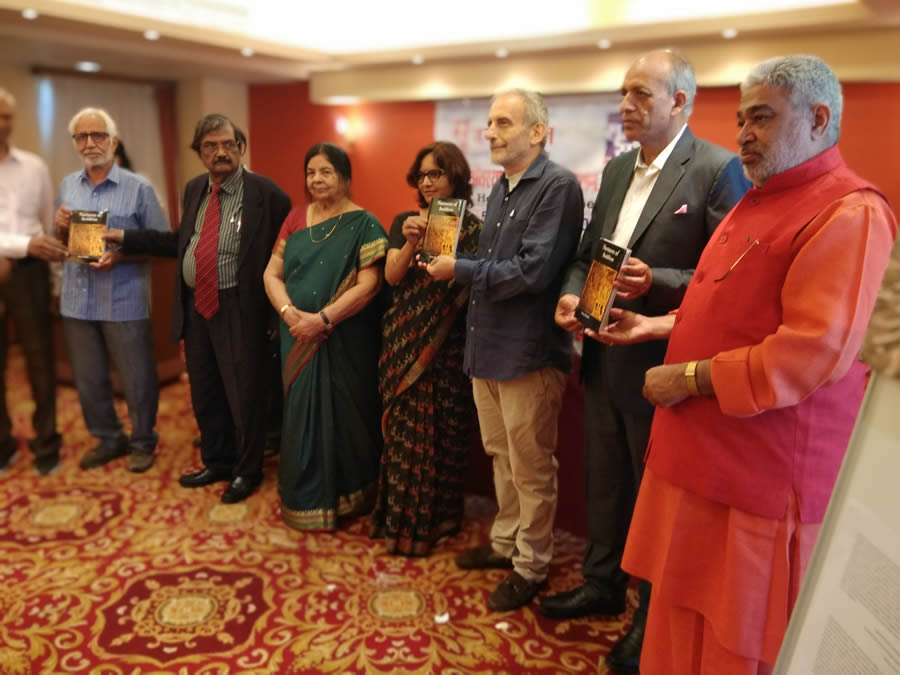 In its long history, India has maintained its plurality and peaceful relations with other societies. The policy of peaceful-coexistence and inculcation of the free spirit of universal brotherhood has shaped the Indian mind.

Remarkable examples of religious tolerance and urge for the synthesis and harmony of religious matters continued in India with minor exceptions throughout the long stretch of time. Almost all religious beliefs originated on this land have extended a welcome hand to the people of various beliefs and cultures outside the Indian subcontinent, however, Buddhism has surpassed all these in its liberal and welcoming nature. Buddhists not only welcomed others but also imbibed some characteristics of other religious beliefs. Aśoka’s conversion to Buddhism and change in his administrative outlook went a long way to nurture Buddhism. His missionaries have propagated the Buddhist ideology in the south and far-off lands. Buddhism had a deep influence on the people of other lands and played a remarkable role in their adaptation to this country. Kings of foreign origin like Menander,
Agathocles, Kaniṣka had shown great interest in local beliefs and cultures. Since they had an intimate association with the western world and central Asia, they accelerated the process of the spread of Buddhism to the other parts of the world. Besides such powerful devout monarchs, there were other people, monks, and nuns whose tireless efforts and sincere dedication had shaped Buddhist thoughts and institutions in its formative years and took it to new heights. The book, which is a compilation of ten research papers revolves around such personalities, their contribution in reorienting the religion and spreading it across India and beyond.

The first paper throws light upon the fascination of the Indo-Greeks towards the religion of Buddha and their contribution in spreading it. Next two papers are devoted to the significant non-canonical Buddhist text Milindapañha, which is a masterpiece of the process of acculturation and ideological change in Buddhist ideology. First one discusses the problems of date and authorship and the second analyses the theory of karma and rebirth from a Buddhist perspective. The fourth paper focuses on the Mauryan emperor Aśoka’s environmental concerns with specific reference to the faunal world. The fifth paper gives a vivid detail of the various phases of the social orientation of Buddhism. The journey of Buddhism in this direction has been analyzed by the author very well. She has successfully established the fact that Buddhist tenets were based on social ethics and responsibility.

Next paper based on Monk Ānanda again addresses the same issue and throws light on his contribution to make dhamma popular on this soil. The following papers seek to underline the space for women of various social groups in Buddhism and their struggle for freedom and equality within and outside the Buddhist saṃgha. In a nutshell, all of these research papers give insight into the Buddhist monks, nuns and lay disciples whose efforts gave Buddhism a strong basis. The author dwells on social issues, particularly those related to gender equality in an unbiased manner. Although social concern forms a dominant theme of the work, she has wisely chosen other secondary themes beyond this. They are associated with the historical, philosophical and environmental discourse. She has brought an impressive
array of literary sources, to bear upon her treatment of the subject, free from the sense of pride and prejudice, she has not indulged in any unwarranted theorization. With a new perspective, this work is a good addition to the scholarly world.

Cover photo: Release of the Book Nurtures of Buddhism by Renu Shukla at the 17th International Hindi Conference in Athens.