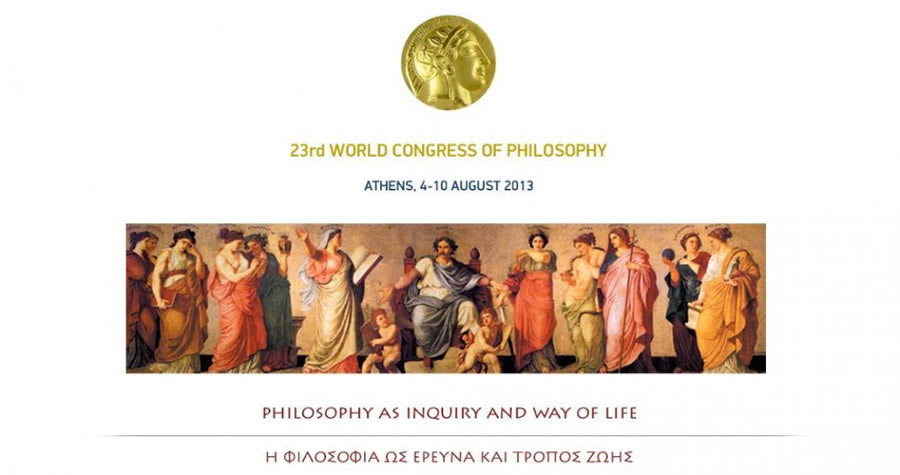 The 23rd World Congress of Philosophy was held in the School of Philosophy of the University of Athens on August 4th to 10th 2013. There were also many open philosophical gatherings in various historical sites of the city, such as the Academy of Plato and the Lyceum of Aristotle, which was open for the first time to the public on this occasion.

The main theme of the 2013 Congress “Philosophy as Inquiry and Way of Life”, emphasizing both theory and practice, recalls the declaration of Socrates that the unexamined life is not worth living.

This is the first time that the World Congress of Philosophy took place in Greece, and specifically in Athens, the birthplace of many and very important philosophers of the ancient times.

2.500 participants from all over the world, including 200 Indian professors, scholars, and Hindu and Jain monks attended the 23rd World Congress of Philosophy. The congress was divided into several sections and had a special section on Indian Philosophy headed by Indologist Professor and President of ELINEPA,Dr. Dimitrios Vassiliadis.

The World Congresses of Philosophy are organized every five years by the International Federation of Philosophical Societies (FISP) in collaboration with one of its member societies.