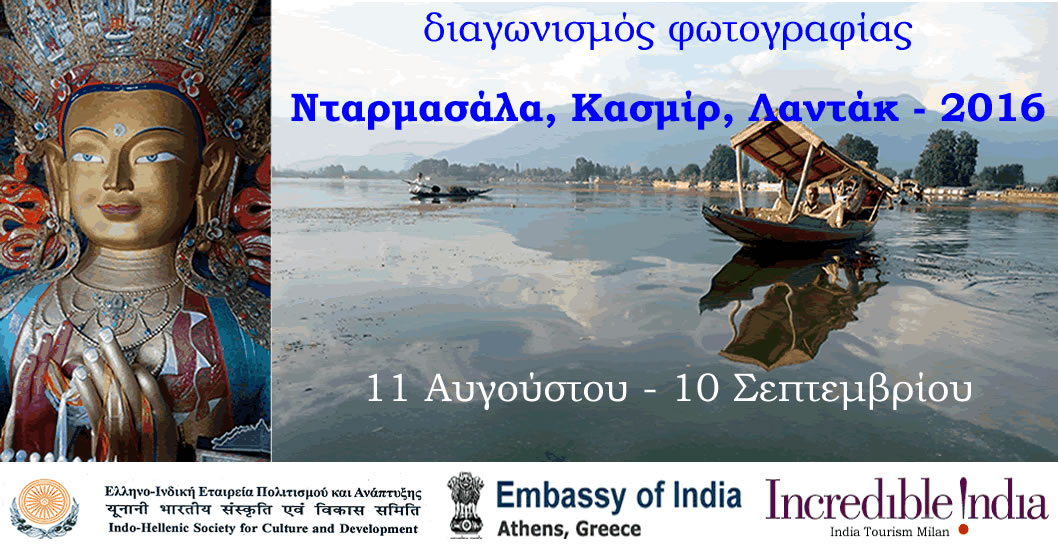 The Hellenic-Indian Society for Culture & Development (ELINEPA) organizes an online photo contest to reward  12 best photos of the cultural tour in the beautiful areas of Dharamshala, Kashmir and Ladakh that took place in July 2016.

The members of ELINEPA, who participated in the trip, will compete in the photo contest, thus sharing their most vivid impressions.

The photo contest is co-sponsored by the Embassy of India in Athens and the Incredible India and will remain open for online voting from August 11 until September 10, 2016.

a) Free rating by the public, providing online degrees from zero to five to each picture. Top final result  50%

b) Any person who participated in the trip can vote by e-mail for up to 12 pictures, except his own, sharing the points from 1 to 12 for each photo. Top final result 50%

The authors of twelve best photos will be awarded at a special cultural event organized by ELINEPA  on Sunday, September 11 at Indian Haveli Restaurant upon completion of voting. Details of the program will be announced later.