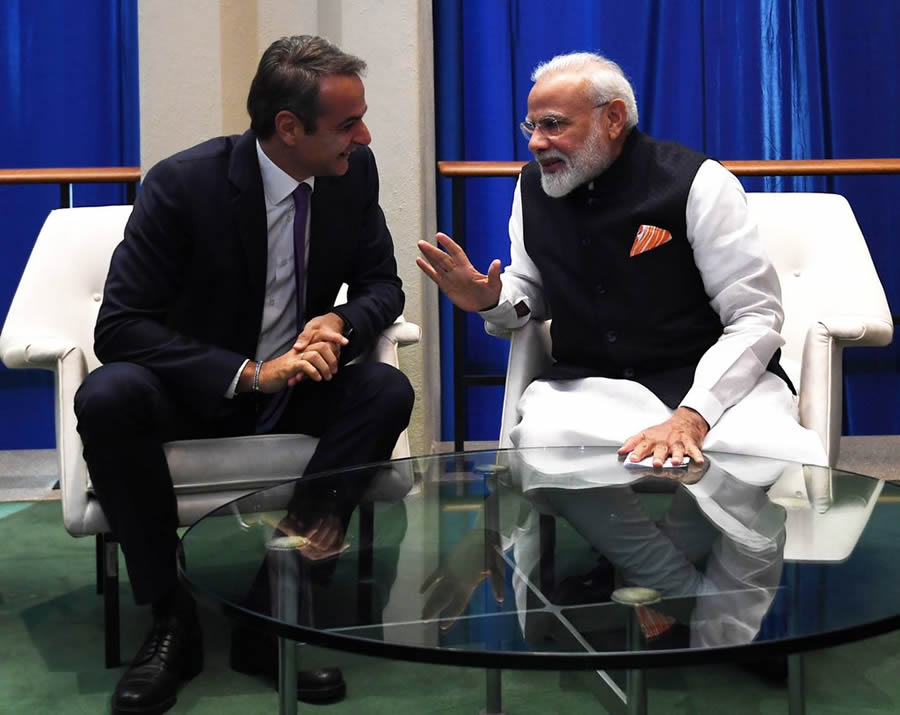 The meeting reaffirmed the excellent relations between Greece and India while the two prime ministers noted that they represent the oldest (Greece) and the largest in terms of population (India) democracies in the world. 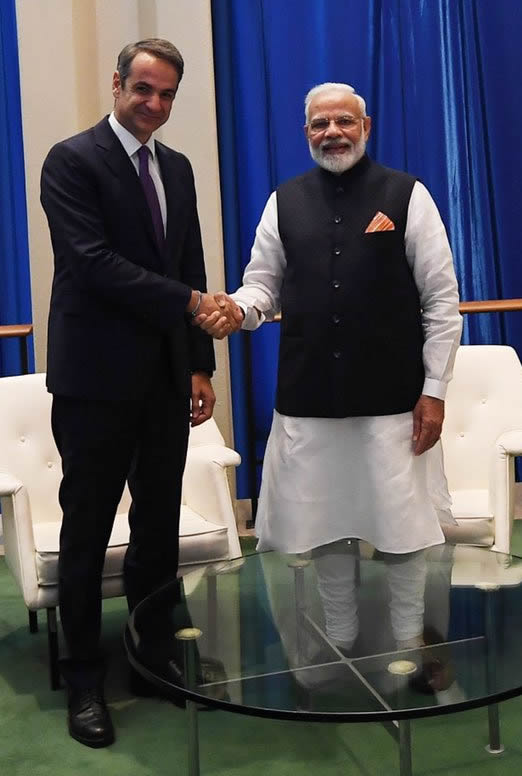 Both leaders reviewed the state of bilateral relations and discussed steps to intensify political, economic and people to people exchanges. Modi stressed that India-Greece relations have stood the test of time, and we will work to enhance trade as well as people-to-people relations for the benefit of our citizens. Mitsotakis replied that now is the opportunity to step up even further building on India’s successful presence as the honored country at this year’s Thessaloniki International Fair,

As reported by AMNA, Kyriakos Mitsotakis invited his Indian counterpart to come to Greece, an invitation that Narendra Modi accepted.