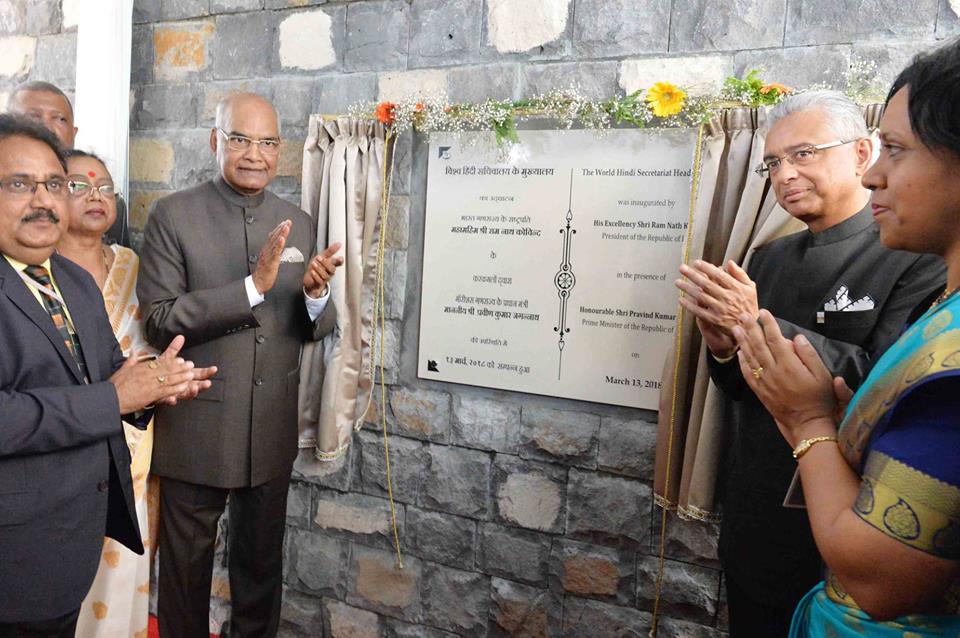 हिन्दी सिर्फ भारत की राष्ट्रभाषा ही नहीं होनी चाहिए बल्कि उसे अंतरराष्ट्रीय भाषा का दर्जा मिलना चाहिए ।
Hindi should not be only national language of India, but it should be recognized as an international language.

The main objective of WHS is to create a global platform to accelerate the promotion of Hindi as an International Language. The idea for the setting up of a Global body for the coordination of Hindi related activities was first proposed at the first World Hindi Conference (WHC) held in Nagpur, in 1975 by Sir Seewoosagur Ramgoolam, the then Prime Minister of Mauritius. The proposal was reiterated in subsequent WHCs  and slowly took shape of a World Hindi Secretariat to be established in Mauritius. An Agreement was signed between the Government of India and Mauritius and the WHS was set up pursuant to the enactment of the WHS Act by the national assembly of Mauritius. The WHS started functioning officially on the 11 February, 2008 and since then has done a major work in promoting the Hindi language worldwide.