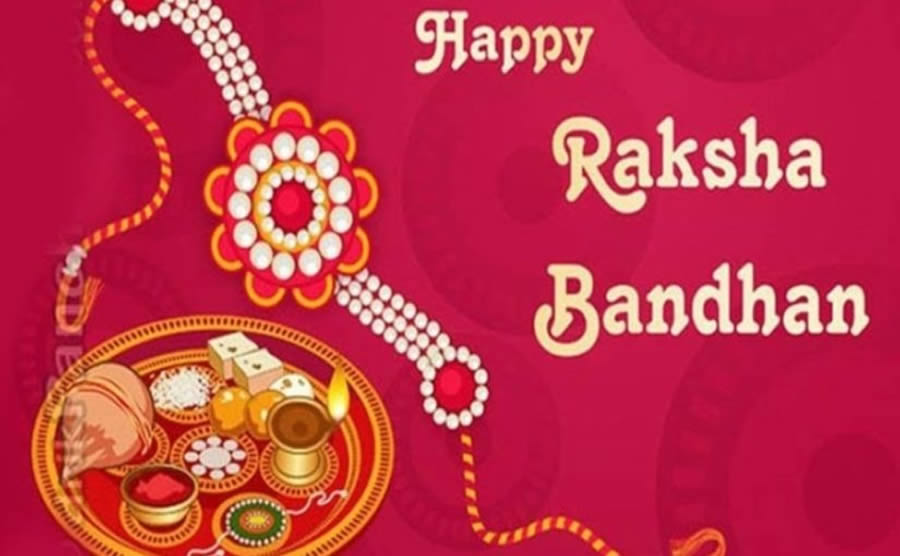 Raksha Bandhan, also abbreviated as ‘Rakhi’, is one of the most beautiful Hindu festivals that marks the love and affection shared between brothers and sisters. It is celebrated all over India on the full moon of the month of Sravana or Sawan in the lunar Hindu calendar (August in the Western calendar).

The Sanskrit word Raksha means protection and Bandhan tying. On this day, sisters tie Rakhi, a bracelet made of interwoven threads, around their brothers’ right wrists and pray for their prosperity and healthy life. In return, the brothers promise their sisters to protect them. The protection offered by a rakhi is believed to remain for a year.

The festival begins early in the morning with the preparation of a plate (thali) that contains roli, curd, akshat, flowers, doobh, chandan, diya, sweets and the rakhis. The sister places the thali near the deities and offers prayers. After this, she applies tilak on the foreheads of her brothers,  ties the Rakhis on their wrists and does them aarti. At the end of the ceremony the sister places sweets in the mouths of her brothers. On the other hand, brothers present gifts to their sisters and promise to protect them from every difficulty and support them during tough times.

This festival has evolved over the years to honour and uphold the relationship between a sister and brother. There are also many folk stories associated with the festival of Raksha Bandhan.